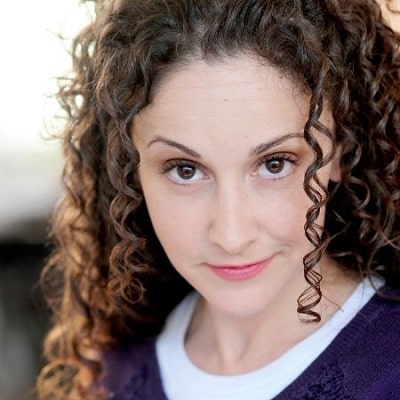 Senta Moses is a married woman. She is married to a film editor named Joseph Mikan aka Joe Mikan. They said in an intimate wedding ceremony on July 16, 2015 “I Do”. However, they ever since living a happy married life together. The couple has not welcomed any child till date.

Who is Senta Moses?

Senta Moses is an American actress who rose to fame after her role as lab assistant Phoebe in the CBS comedy series called Beakman’s World, and Home Alone as well as its sequel Home Alone 2.

She was born on August 8, 1973, in Elmhurst, Illinois, the United States of America. Her birth sign is Leo and she was born to a Lebanese-Italian descent family.

Senta holds American citizenship but her ethnicity is Italian and Lebanese.

She attended a Chicago Academy For the Arts and then completed her graduation from the University of Southern California.

Initially, she appeared in a diaper commercial when she was only 6 years old. At that time, she revealed that it was “embarrassing” her in an interview. Later, she made her appearances in more than 100 national commercials such as Teleflora, Toyota and Wendy’s, etc. Also, appeared in the National Touring Company of Annie Molly by the age of 7.

While studying at the Chicago Academy for the Arts, Senta was cast in the 1990 feature film called ‘Home Alone and then appeared in the 1992 sequel, ‘Home Alone 2’ as a cousin of Kevin McCallister.

By the following year, Senta appeared as a series regular on the NBC hit sitcom called Running the Halls alongside Craig Kirkwood, Richard Speight Jr, Laurie Fortier, and Trevor Lissauer. From the year 1996 to 1997, Senta was cast in the CBS comedy series called Beakman’s World. There she appeared alongside Paul Zaloom, Alanna Ubach, Mark Ritts, and Eliza Schneider.

Her other notable performances include in Choose Connor, D.C. Cab, Scream Queen, Can Hardly Wait, Tequila Body Shots, and The Kiss. Moses also appeared in a television Strong Medicine, Everybody Loves Raymond, The Education of Max Bickford, The Division, Party of Five, Touched by an Angel, My So-Called Life, Greek, Sister Sister, and General Hospital.

She won Best New Media Award in the category Best New Media Short in ‘Badge of a Quitter’ in 2019. Also, she was nominated for Young Artist Award in 1994 for her performance in ‘Home Alone 2: Lost in New York.

What is Senta Moses’ Net Worth?

She has an estimated net worth of $1.5 million. Similarly, she is recognized as one of the popular and renowned faces in the Hollywood film industry. Besides, she also owns a beautiful house in Los Angeles where she resides.

She stands at a height of 4 feet 11 inches and has blonde hair and dark brown eyes. But, other information about Senta’s weight, shoe size, dress size, etc. are not available.