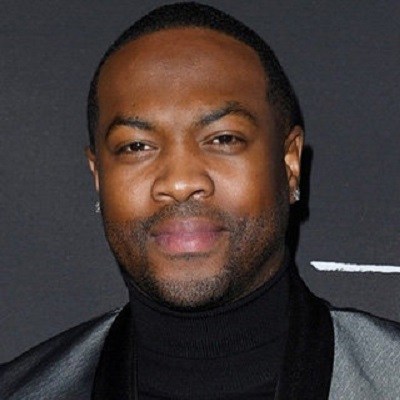 Ser’Darius Blain is currently single. He is not married, hence he does not have a wife.

Previously, he was in a relationship with Isadora Ortega, who is an actress as well as producer. They are not married but they have a son, named Elijah Blain. Elijah was born on June 3, 2014.

Ser’Darius Blain is an American actor.

He is best known for his appearances on the Jumanji: Welcome to the Jungle and The Jumanji: The Next Level.

Ser’Darius Blain was born Ser’Darius William Blain on March 10, 1987, in Miami Florida, the United States. His birth sign is Pisces.

His mother is a scriptwriter, school teacher as well as the drama teacher.

In 2009, Blain graduated from the New York Conservatory for Dramatic Arts.

Blain begins acting career at his young age. He used to learn from his mother, who is a School English and drama teacher. He also cast in the main role of the different school play. First, he was very shy and unfamiliar with acing. Blain always watches TV and think about the character which is played in it. He really improves his acting skills from his mother. His girlfriend always supports and encourages him.

In 2009, his debut film Sucker Puch was released. He portrayed a recurring role in the series, Jane by Design, in 2012.

Late, he gets an opportunity to be in different movies such as Camp x-Ray When the Game Stands Tail, Shameless, etc.

Blain gains little fame after cast in the blockbuster movie titled, Jumanji: Welcome to the Jungle, as a Young Frida. He also appeared in its sequel series Jumanji: The Next Level.

In February 2018, Blain appeared in the fantasy drama, Charmed, as a role of scientist Galvin.

Blain has black hair and dark brown eyes. He is 6 feet 2 inches tall and weight is around 88 kg.

Blain has 32.3 thousand followers on Instagram. He has more than 14 hundred posts on his Instagram wall. He followed a different personality like Peter Berg, Malaika Terry, Keri Hilson, Khleo Thomas, etc.

He is also active in Twitter and has 4.3 k followers on it. He joined the Twitter community in August 2010.