Serena Williams is a married woman. She is married to the famous American entrepreneur Alexis Ohanian. The couple tied the knot on 16 November 2017.

After years of their affair, the couple got engaged on December 29, 2016. The couple has a daughter named Alexis Olympia Ohanian Jr. born on 1 September 2017.

On April 19, 2017, Williams posted a sideways picture of herself on Snapchat focused on her belly. The couple has confirmed that they are expecting their first child.

The couple has been together for a long time and their relationship is still going very well. She was previously in a relationship with her coach, Patrick Mouratoglou. 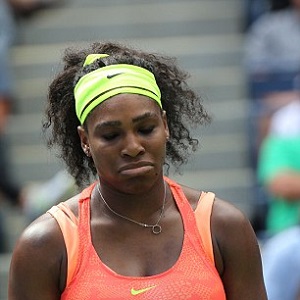 I'm really exciting. I smile a lot, I win a lot, and I'm really sexy

Family's first, and that's what matters most. We realize that our love goes deeper than the tennis game

Who is Serena Williams?

She became the world No. 1 for the first time on July 8, 2002. She holds the most major titles in singles, doubles, and mixed doubles combined amongst active players with 39 major titles.

She has won 14 Grand Slam doubles titles with her sister Venus Williams.

Serena Williams was born as Serena Jameka Williams on September 26, 1981, in Saginaw, Michigan, United States. Her nationality is American and her ethnicity is African-American.

She is the daughter of Oracene Price and Richard Williams. She is the youngest of five siblings and has four sisters and a half-sister.

Her younger sister Venus Williams is also a famous tennis player. Her family moved to Compton, California when she was a child. She began playing tennis at the age of three.

This player attended The Art Institute of Fort Lauderdale in Florida.

Serena Williams began her professional tennis career in the year 1995. Her first professional event was in September 1995, at the Bell Challenge. She lost in the first round of qualifying to Annie Miller, winning just two games.

She began rising after the 1998 Medibank International Sydney tournament. The Women’s Tennis Association (WTA) ranked her world No. 1 in singles on seven occasions from 2002 to 2017.

She became the world No. 1 for the first time on July 8, 2002. Her record of 39 major titles puts her third on the all-time list. She holds the most major titles in singles, doubles, and mixed doubles combined amongst active players.

Williams is the most recent female player to have held all four major singles titles simultaneously (2002–03 and 2014–15) and the third player to achieve this record twice.

She has won 14 Grand Slam doubles titles with her sister Venus. Williams has made appearances in several TV shows and programs.

Serena Williams: Salary and Net Worth

She has a net worth of $200 million but her salary is not revealed yet.

Currently, there is no rumor of her other love affairs and her professional career. Serena has been a part of controversy several times due to her dresses and outfits.

Serena Williams has a height of 5 feet 9 inches. Her body weighs 71kg. She has black hair and dark brown eyes.