Seth Abramson is a poet who is busy with The MFA Research Project (MRP). He is married.

Seth Abramson is a married man. Although married, not much is known about his wife at the moment.

He currently lives in New Hampshire with his spouse.

He also has two hounds named Quinn and Scout, rescued by him. 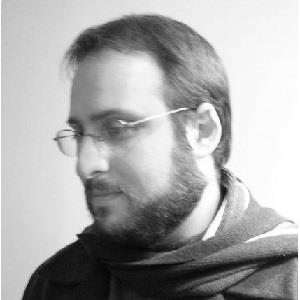 Craig Unger, a former editor for both the New York Observer and Boston Magazine, argues in his book House of Trump, House of Putin that, based on his own research and additional investigation by a former federal prosecutor, Trump was, through Felix Sater’s Bayrock Group, “indirectly providing Putin with a regular flow of intelligence on what the [Russian] oligarchs were doing with their money in the United States

Eric replied, “[W]e don’t rely on American banks. We have all the funding we need out of Russia. . . . We’ve got some [Russian] guys that really, really love golf, and they’re really invested in our programs. We just go there all the time.

Who is Seth Abramson?

Seth Abramson is an American poet. He is also an editor, attorney, freelance journalist, and professor.

MRP is a website that publishes indexes of Master of Fine Arts (MFA) programs. This is based on surveys and hard-data research.

He was born in Concord, Massachusetts, the USA on October 31, 1976. He belongs to Caucasian ethnicity.

There is no detail information regarding his early life and childhood.

Talking about Seth’s educational background, he studied at Dartmouth College. Seth graduated from there in 1998. He later attended Harvard Law School (2001) and the Iowa Writers’ Workshop (2009).

He was also a part of the doctoral program in English at the University of Wisconsin-Madison (2010- 2016).

Seth Abramson was initially an attorney for the New Hampshire Public Defender and a commentator for Air America Radio. After entering academia, he has also published several books. He also writes a blog on contemporary poetry for The Huffington Post. He is a regular columnist for Indiewire.

Seth’s column focuses mainly on films, television programs, and video games. Seth has written more than 10 books and 6 Anthologies. His writing career has been a successful one. ‘Best American Experimental Writing 2018’, ‘An Insider’s Guide to Graduate Creative Writing Degrees’, and ‘Golden Age’ are some of his recent books.

Seth and Jesse Damiani are the Series Co-Editor of the annual anthology of innovative verse, ‘Best American Experimental Writing’. Wesleyan University Press picked the series in 2014.

There is no information regarding Seth’s current salary but his net worth is estimated at around $1 million as of 2022.

This talented person has been awarded several awards. In the year 2018, he was honored with the National Council for the Training of Journalists Honoree.

Some of his other winnings are,

Seth has been involved in a number of controversies in his career. He has posted several furious tweets alleging collusion between the Trump campaign and the Russian government.

Seth has also been often labeled as a conspiracy theorist. He was criticized for his Huffington Post piece “Last Words for Elliot Rodger” in May 2014.

Seth Abramson has an average height and weight.

His hair and eyes are in black and dark brown color respectively.