Seth Gabel is an American actor who was featured in the movie, The Da Vinci Code. It is the movie directed by his wife, Bryce Dallas Howard's father. Seth and Bryce have two kids. 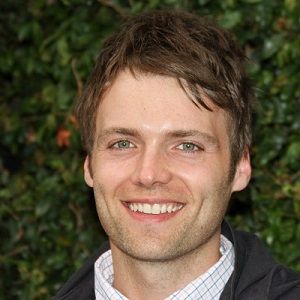 Before my first child was born, I had nothing going on professionally really, and it's been a very blessed period of creativity for me since he arrived. It's very surreal. It's almost as if the babies are out there pulling strings somewhere, deciding what kind of life they want to be born into.

To get to play a bad person and do bad things in a safe environment like Arrow (2012) was pretty amazing.

American actor, Seth Gabel is a married man. Seth tied the knot with Bryce Dallas Howard on June 17, 2006, in Greenwich, Connecticut after dating her for five years. Bryce is an American actress and filmmaker.

Bryce is the daughter of Mr. Ron Howard and Cheryl Howard.

As a loving couple, they have also welcomed two children, a son Theodore Norman Howard-Gabel and a daughter Beatrice Jean Howard-Gabel.

Beside her, he has never seen anyone in the public and media. Currently, Andy and Bryce have maintained a perfect relationship and living elegantly.

Who is Seth Gabel?

Seth Gabel is an American actor. He is famous for playing the roles of agent Lincoln Lee on Fox’s television series Fringe, and Cotton Mather on WGN America series Salem.

Furthermore, he has also featured in a couple of hit movies such as tadpole, The Da Vinci Code, Jonah Hex, and few more.

Seth was born on October 3, 1981, in Hollywood, Florida, United States.

His parent’s information is unknown. He is Jewish and grew up with his stepfather.

He has a sister, Beatrice Jean Howard-Gabel and a brother, Theodore Norman.

Moving towards his education, Seth completed his graduation from the University School of Nova Southeastern University in Davie, Florida in 1999. Later, he also attended the New York University’s Tisch School of the Arts.

Seth Gabel began his career in 2000 movie Tadpole as Mike. Just after two years, he appeared in the TV series 100 Centre Street as James Bass followed by Sex and the City.

Seth got huge recognition after he played the role of Michael in The Da Vince Code in 2006. So far, he has played in more than two dozens TV series such as Crime Scene Investigation, Arrow, The Closer, and much more.

He also featured in a Tv series named Genius as Michele Besso. On January 30, 2013, Seth was in the “Vertigo” episode of the series Arrow as a Count Vertigo in 2013.

So far, Seth has not won any awards. However, he hot several nominations such as Saturn Awards in 2011 in Best Guest Starring Role on Television for Fringe.

Later, he was also nominated in Fangoria Chainsaw Awards 2016 and 2017 for Best Supporting Actor on Television.

Being a successful and popular actor, Seth earns a healthy amount of money. Currently, he has a net worth of $2 million.

Recently, there is a rumor that Seth is likely to be the next James Bond. Apart from that, he has never been in any controversy to date.

Moving towards his body measurements, Seth Gabel has a height of 5 feet 9 inches and his weight is unknown. In addition, he has gorgeous green eyes and dark brown hair.

Seth usually uses his social accounts to post his photos and videos. Furthermore, he has almost 34.3k followers on Twitter and more than 15k followers on Instagram.