Updated On November 17, 2022 | Published By: Ainsley
Share this
Married 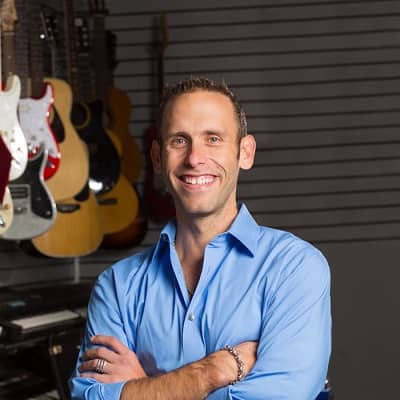 What is the relationship of Seth Gold?

Seth Gold is a married person. He has not revealed the name of his wife or any other information.

However, not much information has been disclosed regarding his marital life.

Who is Seth Gold?

Seth Gold is an American television producer and is also a writer, businessman, reality television star, and motivational speaker.

Seth was born on February 23, 1981, in Michigan. As of 2022, his age is 41years old. In terms of nationality, he identifies as an American. He was born to his father Les Gold, and his mother Lilli Gold.

The American Jewelry & Loan pawn shop that his parents run has appeared on the truTV reality series Hardcore Pawn. Moreover, he is the youngest child and has one elder sister named Ashley Gold, born on January 7, 1978.

In which school did Seth Gold attend?

Regarding education, Seth holds a degree in business. He received a degree from the University of Michigan and later went on to study at the American Gemological Society.

Seth is an American television producer, writer, businessman, reality television star, and motivational speaker. In the reality star Hardcore Pawn, he made an appearance, which was produced by RDF USA and Richard Dominick Productions and aired on Tru-TV.

A family-owned pawn shop handled by American Jewelry and Loan was the subject of the television show Hardcore Pawn, which was located in Detroit, Michigan, on Greenfield Road between 8 Mile Road and the John C. Lodge Freeway.

The series premiered on august 16, 2010, splitting the previous record for the most-watched series debut on truTV with 2 million viewers. After nine seasons and 162 seasons, the series ended in 2015.

Furthermore, he has made an appearance on the episodes of the TV show LeagueOne: In the Spotlight!, Home & Family, The Playboy Morning Show, The Arsenio Hall Show, Big Morning Buzz Live, and Fox and Friends.

An American reality television star, Seth has an estimated net worth of $1 million, whereas her exact income, salary, and earnings are still unknown.

Is Seth Gold involved in any rumors and controversies?

Seth has never been a part of any controversial news as of now. He appears to be avoiding unwanted scandals and rumors and maintains a healthy distance between his professional ad personal life.

Seth stands tall at a height of 6 feet and 1 inch and weighs approx 70kgs.

Moreover, he has a fit body with a pair of brown eyes and brown colored hair.

He has over 91.2k followers on Instagram under the username @seth_hardcorepawn and over 73k followers on Twitter. Both of his social media are verified.