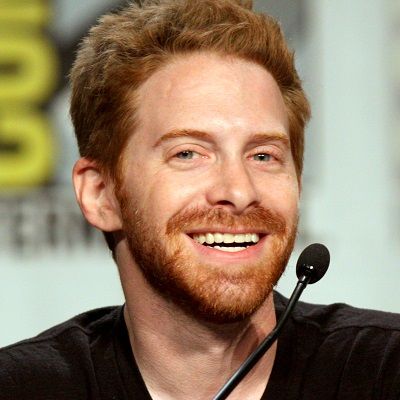 There are two kinds of people in this world: Michael Jackson fans and losers.

It's a period of adjustment. I've gotten a lot better at it. After working for 18 years, all of a sudden I became successful on a level where other people knew it. It's not a cat you can put back in the bag.

Seth Green married Clare Grant on 1st May 2010 in North California. They first met in 2007 at the reopening of their favorite comic book store Golden Apple Comics.

At the event, Seth was on-hand to sign autographs and Clare was photographing the event. They engaged on New Year’s Eve in 2009.

During their wedding ceremony, they focused on catering party favors for individual guests. They kept takeaway toys at the centerpiece of every table.

Clare is an American actress, model, and producer known for music video parodies Geek and Gamer Girls and All About That Base.

In an interview, they revealed that they don’t have any rush to have children.

Who is Seth Green?

Seth Green is an American actor, voice artist, comedian, and producer. Similarly, he is a writer and director known for being a co-creator and executive producer.

He has appeared on Radio Days, The Italian Job and The Lego Batman Movie.

Seth Benjamin Green born as Seth Benjamin Gesshel-Green was born on 8th February 1974 in Overbrook Park, Philadelphia, Pennsylvania, US. He is the son of Herbert Green, father, and Barbara (Gesshel), mother.

Similarly, he has a sister Kaela. He was raised Jewish and he had a Bar Mitzvah ceremony. His forefathers were from Russia, Poland, and Scotland. He changed his name to Seth Benjamin Green so that it reflected his profession.

Seth started acting from the age of 7 and appeared in Billions for Boris. He graduated with a high school with honors and attended the same middle school in Philadelphia, Pennsylvania as pop artist Eve.

Seth first appeared in the 1984 films Billions for Boris and Hotel New Hampshire. After that, he appeared in Willy/Milly, Radio Days, Can’t Buy Me Love, My Stepmother is an Alien, Boys Life 2, Rat Race, Party Monster and others.

His recent movie roles are in Yellowbird, Krampus, The Lego Batman Movie, A Futile and Stupid Gesture, Changeland, Wednesdays and others.

In 1984, Seth appeared in Young People’s Specials, ABC Afterschool Special, The Facts of Life, Free Spirit, The Drew Carey Show, Tucker, Greg the Bunny, Married to the Kellys, Crank Yankers, Will & Grace, Robot Chicken, and others.

The estimated net worth of Seth is around $40 million US. He was a voice actor on  Family Guy and he earned $100,000 US per episode. Similarly, the voice actor of The Simpsons earned $300,000 per year.

Seth has brown hair and green eyes. He is 5 feet 4 inches tall and weighs around 62 kg.

You may also read the age, parents, career, net worth, body measurement and social media of Spencer Garrett(Actor), Ron Bottitta(Actor), and John Finn(actor)