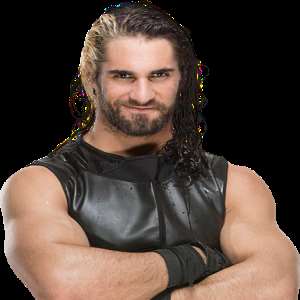 It's nice when I have days off to go home and relax and literally take the weight off my shoulders and enjoy the simple things.

Social media is great in some ways - if we're able to spread good messages.

What is the relationship of Seth Rollins?

Seth Rollins is engaged to a WWE superstar Rebecca Quin, (aka Becky Lynch). This affair was confirmed in May 2019. They are even expecting their first child together.

Prior to this, Seth was in a relationship with Sarah Alesandrelli since Dec 2016. He has posted their vacationing photos on social media. This lovely couple is still together and is spending quality time.

Previously, Seth was in a relationship with Leighla Schultz from 2013 to 2014. Then, he dated Zahra Schreiber in the year 2015. His ex-girlfriend, Leighla posted nude photos of Rollins and Zahra on social media account and the relationship between them ended.

Who is Seth Rollins?

Seth Rollins is an American professional wrestler who performs on the Raw brand and is the current Universal Champion in his first reign. He is currently signed to WWE.

Previously, he wrestled under the ring name Tyler Black for Ring of Honor(ROH).

Seth Rollins was born on May 28, 1986, in Buffalo, Iowa, USA. His birth name is Colby Lopez and he is currently 35 years old. He has not provided information about his parents. His surname comes from his Mexican-American stepfather.

He was a very big fan of rock and heavy metal music during his teenage and lived a straight-edge lifestyle. He took training from, a wrestling school owned by Danny Daniels on the border of Chicago and Oak Park, Illinois.

Rollins holds American citizenship and his ethnicity is a mix of Armenian, German, and Irish.

Talking about his education history, he graduated from Davenport West High School in 2004.

Seth Rollins started his career under the mentorship of Danny Daniels in 2005. He was entered to play the Ted Petty Invitational Tournament for Scott County Wrestling but he was eliminated in the quarter-final.

However, he later conquered the title of the Champion and marked his prize belt black to mark the ‘The Black Era’ in SCW.

After that, he joined the NWA Midwest and partnered with Marek Brown to defend the title successfully and made his brief appearances in TNA Wrestling, Full Impact Pro, and Pro Wrestling Guerilla.

Seth Rollins has won over many wrestlers such as Chris Hero, Colt Cabana, and Austin Aries in September 2009 and won his title seven consecutive times before losing it to Roderick Strong in 2010.

He partnered with Dean Ambrose and Roman Reigns and attacked Ryback to allow CM Punk to pin John Cena Himself and the trio started calling themselves ‘The Shield’ but they also parted away later.

Moreover, he won the Money in the Bank in 2014 and for his win, Hane helped him defeat Ambrose in a ladder match. Unfortunately, he had a knee injury in early November 2014 and had to take a rest for 6 to 8 months.

In early 2017, he had a feud with Triple H and Samoa Joe. Also, he is active in the film industry. He made his film debut with ‘Sharknado’ and he is currently appearing in the film ‘Armes Response’. Also, he made his television shows like ‘The Daily Show’ and ‘Extreme Makeover’ in 2015.

He has an estimated net worth of around $9 million as of 2022, and he has earned that sum of money from his professional career.

His then-fiancée, Leighla Schultz posted nude photos of Rollins and his girlfriend, Zahra Schreiber on his social media accounts, sparking a big controversy.

He had to later all the photos and apologized on his social media accounts and surprisingly, he made no claims of account hacking.

He has a height of 6 ft. 1 inch and weighs 98 kg. Seth Rollins has dark brown eyes and blonde hair. His chest size, waist size, and biceps size are 45, 35, and 19 inches respectively.

To know more about Eugene, AJ Lee, and JoJo Offerman, please click on the link.