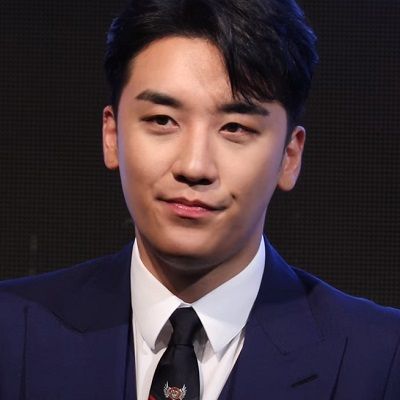 For me, how the person with me feels is more important than how I feel. I like making people around me feel happy.

Don't believe in success. Rather than that, believe in the amount of your effort and passion.

Big Bang is the group I want to be with till I die. I want us to be five members. Forever.

Previously, in 2018 he dated Rookie Actress Yoo Hye Won. They dated for about a year. They were spotted together many times. It seems like they have already ended their relationship.

He won the 2009 3rd The Musical Awards for Popularity.

On 25th March 2019, Seungri was set to enlist in Nonsan Army Traning Centre.

Lee Seung-hyun was born on 12th December 1990 in Gwangju, South Korea. He is the son of Lee Yeon-jin and Kang Hyun-sook.

His father Lee Yeon is a former gold coach. Lee has a younger sister Lee Hanna. He shares a good bond with his sister and was spotted purchasing her a birthday gift.

Seungri was scouted by YG Entertainment to audition for the boy band Big Bang alongside T.O.P, Taeyang, G-Dragon, Daesung, and Hyun-seung.

Their first album release was Big Bang Vol. 1 – Since 2007 which was a moderate success. He recorded his first solo song The Next Day.

Similarly, he choreographed a large portion of Big Bang’s dances.

In the year 2009, Lee played the role of Park Min-seo in Nineteen and Park Ji-min in Why Did You Come to My House?

His other movie roles are on Big Bang Made, High & Low: The Movie and Love Only.

Seungri played the role of Teddy Seo in Angel Eyes.

He started two branches of music and dance academy Plug In Music Academy. In the year 2014, he started a cafe business which he left to his mother to run.

In the year 2015, he joined label-mate Sean for a briquette charity. Similarly, he brought notable celebrities to donate to charity.

As of 2019, Seungri has a number of allegations related to his club Burning Sun. He has been accused of prostitution.

On March 11, he announced his retirement from the entertainment industry.

He has a dimple on his left cheek with dark hair and eyes. Lee is 5 feet 9 inches tall.