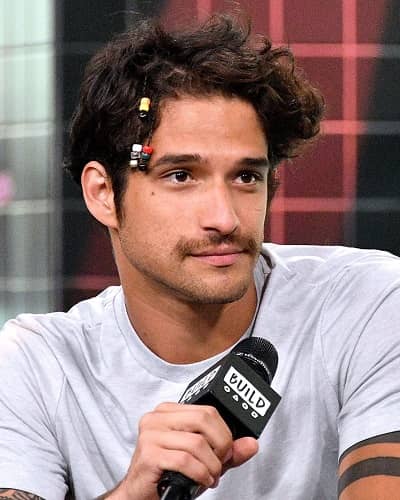 Also read JoJo Siwa self-discovery on her sexuality! ‘it’s OK to be a little different’

Even though he opened his sexuality there but he was not sure if he wanted to stay on OnlyFans or not. He felt that he was being ‘objectified’ in adult social media. With the help of friend Bella, his experience with the app became better. Thorne guided him through the app and looked after his activities. Posey revealed,

“I really liked her pitch. It was really cool. A way to be artistic and push out different content, new content. It’s also been a big experiment for me, because I’ve never been a model. I felt icky modeling. So it’s a little bit of me stepping out of that box and out of my comfort zone and trying new things.”

OnlyFans have been a platform for him to open about his sexuality and self-discovery journey. He was furious to find out about him being labeled as pansexual when he opened about being with men. Tyler is more than happy since revealing his sexuality.

Tyler Posey is a young emerging American actor, best known for his role as Scott McCall on the MTV television series Teen Wolf (2011-present). Besides acting, he is also a musician and producer. Read more bio…

Yet another accusations on ‘Call Me By Your Name’ actor Armie Hammer? Was he cheating on wife Elizabeth Chambers?
Tags : Actor Teen Wolf