Updated On October 12, 2022 | Published By: shahid | In Lifestyle , Relationship
Share this 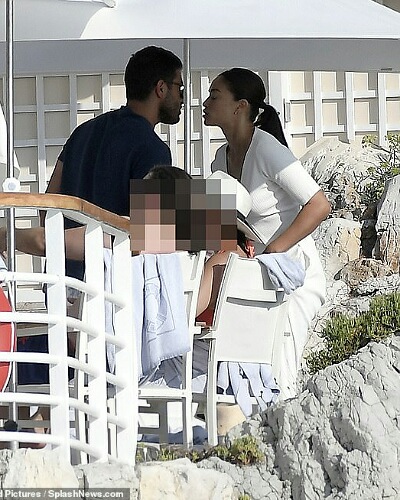 Seyed Payam Mirtorabi is a businessman based in London. His name came into prominence last January when his name was linked romantically with Australian model, Shanina Shaik.

It is not clear yet whether the two are still dating or have split. But a cryptic post shared by Shanina recently on her Instagram makes people and the media feel that they have separated and are no more together. Who is Seyed and what work does he do?

Seyed Payam Mirtorabi and his family background and age

Seyed Payam Mirtorabi is 35 years old and was born in February 1985. He is popularly called Payam in the friend and business circles. He is the company director of a firm based in London.

Seyed is a businessman and his firm is Weatherby Properties Limited. But as regards his family, there is no available information. But he holds an Iranian passport. His educational background is not known.

Seyed and his relationship with Shanina Shaik

The exact date when the two, Seyed and Shanina started dating is not clear. It is also not known where and how they first met. But Shanina first uploaded his photo on her Instagram page in December 2019. It was a photo of the two but deliberately, Shanina put up a large heart emoji over his face to conceal his identity at that time.

But after her divorce from her ex-husband, DJ Ruckus was finalized in January 2020, she began to reveal who the face was behind the heart emoji.

In February 2020 on his birthday celebration, Shanina uploaded several loved-up photos of them together. This was the first time that she announced to the world that she and Seyed are dating.

Shanina is based in Los Angeles for her modeling work. But she used to travel to London often to meet and catch up with her new beau Seyed. The couple also had a romantic vacation in Ibiza in Spain and she had put up photos of that trip on her social media for her fans.

More about this relationship and is it still on?

Seyed has a private Instagram account. But his and Shanina’s photos are available to be seen on the profiles of his friends. In one photo, Seyed and Shanina are sitting amid a large gathering of people. And in another photo, Seyed has affectionately placed one hand over the back of his girlfriend.

But in the last few months, there are not many photos of the couple on Shanina’s Instagram. But recently, she had uploaded a rather cryptic post on it with a mirror selfie photo alone. She captioned this post:

‘What I have learned this week… nothing ever goes away until it teaches us what we need to know,’

In the photo, she is wearing white Calvin Klein underwear and a white cropped collarless top with black linings. Around two weeks back, the couple was last spotted in South France. They were sharing a kiss outside Hotel du Cap Eden.