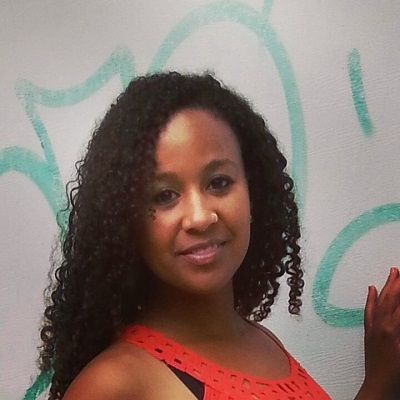 Currently, Shadia Simmons is in a relationship with American professional soccer player Freddy Adu. She has three children, two daughters, and one son.

The couple began the relationship in April 2008. But this couple hasn’t officially married yet.

Who is Shadia Simmons?

Shadia Simmons is a Canadian actress, teacher, plus director. Shadia is best known for her acting in projects like Strange Days at Blake Holsey High, The Color of Friendship, and Life with Derek.

She is now teaching at the High School level.

Shadia Simmons was born on June 28, 1986, in Toronto, Ontario, Canada. She is the eldest child of her parents. She has a younger sister Sabrina and brother A.J.

Her schooling was from John Fraser Secondary School, Mississauga, Canada. She completed her master’s in education from Buffalo, New York in 2010. She has completed her undergraduate from New York only.

Shadia has first appeared in a comedy-drama film Moonlight and Valentino (1995). In the series, her character Jenny Morrow is the daughter of popular actress Whoopi Goldberg. It has other actors like Elizabeth Perkins, Gwyneth Paltrow, Jon Bon Jovi, and Kathleen Turner.

Shadia’s popular character of Corrine Baxter in TV series Strange Days at Blake Hosley High was very much appreciated. This show was aired in 2002 and ended in 2006. It is a science fiction and has a total of four seasons with 42 episodes.

After, this Shadia has appeared in various TV shows and movies.

After leaving the entertainment industry in 2009, she has started to pursue her master’s course. Then she has started to teach special needs at the high school level. Besides, teaching, Shadia is also a director at Star Acting Studios.

Shadia has black curly hair and eyes. She has a height of 5 feet 3 inches. Her body weighs 52kg. Her body measurement is 37-29-39 inches.

Shadia Simmons is active on social media. She has over 3.7k followers on Instagram and she is also active on Facebook.

She also has an acting website https://staractingstudios.com/. In it, people can learn about acting and can take coaching classes.