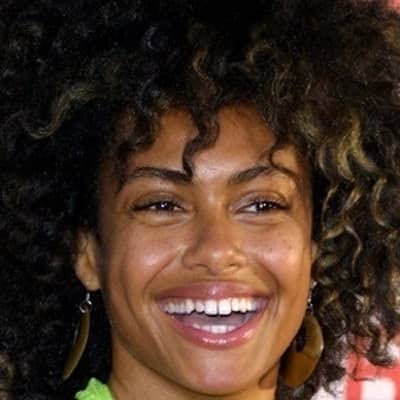 What is the relationship of Shakara Ledard?

Shakara Ledard’s relationship status at present is possibly single. She has not shared the details regarding her affair and boyfriend.

But in the past, she was married to a guy. His name is Ralph Jacob who is a model by profession. But their conjugal life did not work well and they after a few years separated via divorce.

She portrayed the character of Stacy in the 2006’s movie titled Behind the Smile. Further, she has worked with musical artists named Justin Timberlake, Babyface, and Usher.

Her birthdate is 21 Feb 1980 and she was born in Nassau, Bahamas. The name of her mother is Maddie Ledard plus her father’s identity is Dennis Ledard.

Her dad is a businessman while her mom is a homemaker but they are not together anymore.

and has two brothers Lorenzo and Yannick. She is also the half-sister of Philippe.

Shakara Ledard as a model has posed for magazines like the Sports Illustrated swimsuit issue and for Maxim. Then she changed her interest and began to pursue the acting field. Her first screen project was the 2001’s movie Cubamor where she played the role of Oshun.

She was also seen in projects named Prey for Rock & Roll as Jessica, Raising Helen as Tinka, After the Sunset as Masseuse, The Defender as Kaye, and Full Clip as Simone.

By the reports of 2022, she has an estimated net worth of $500 thousand. But her annual salary and other earnings are not yet announced.

This cast of Raising Helen is keeping herself away from scandals along with desperate rumors.

Shakara Ledard’s height is 5 ft 9.5 inches and her body weight is average. Furthermore, she has black hair and her eyes are in dark brown color.