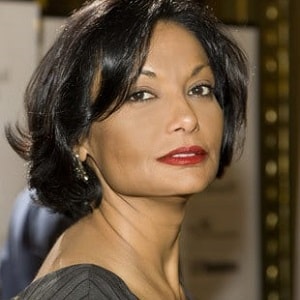 Shakira Baksh has been married to Michael Caine on January 8, 1973. Shakira is from a Muslim family whereas her husband is a Christian. Shakira has given birth to a daughter, Natasha. Michael saw Shakira in a British television advertisement for Maxwell house coffee in 1971. Then he thought he had seen the most beautiful girl ever and with the help of his friend in the advertising business, he found the address of Shakira in London.

Who is Shakira Baksh?

Shakira Baksh is an Indo-Guyanese-British actress and fashion model. She is also famous as the wife of English actor Sir Michael Caine.

She was born on February 23, 1947, in British Guiana(present-day Guyana). Her birth sign is Pisces. Her ethnicity is Kashmiri-Indian and nationality is dual(British-Guyanese). She was born to Muslim Indian parents who had migrated from the Kashmir region of the Princely State of Jammu and Kashmir in British India.

Her mother used to work as a dressmaker and she aspired to follow her work and Shakira became a fashion designer.

She has not provided information about her school and college but, it is under review.

She used to work as a secretary and she was suggested to enter the Miss Guyana contest by her employer. She won the contest and she came in third in the 1967 Miss World contest held in London at the age of 19. The, she decided to carry her career in modeling. Since 1991, she is a member of the International Best Dressed List.

She likes to keep her private information secret. She has not provided information about her net worth, income, and salary, but, it is under review.

Her husband Michael Caine credited her wife for saving him from drinking himself to death.

She has black hair and black eyes. Other information regarding her height, weight, etc. are not available.