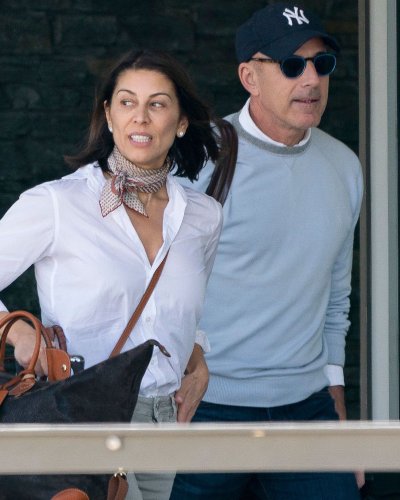 Matt Lauer and Shamin Abas have been going stronger than ever. On 29th November 2017, there was a complaint of inappropriate sexual behavior in the workplace filed against him. Matt was fired from NBC over the accusation. Since then, he has found love with girlfriend Shamin Abas who is a PR executive.

They met through work about 20 years ago and remained friends. They waited till Matt’s divorce with ex-wife Annette Roque in 2019. Likewise, they began dating soon after and started living with one another in New York. Likewise, Matt and Shamin spent time with each other between her work travels and said,

“She is a dedicated businesswoman who loves to work. She is independent and has made a nice life for herself.”

Since the accusation, Matt lost a number of his friends. A source revealed,

“People would check up on him for a while, but that’s stopped to a degree. He just stays to himself, he doesn’t really reach out to people very much anymore or engage them and so he’s been losing touch with a lot of people.”

Also read Who is Matt Lauer’s new girlfriend Shamin Abas? Know about her past two marriages and divorces!

How much is the net worth of Shamin Abas?

Shamin Abas has an estimated net worth of $1 million. Matt Lauer has a net worth of $80 million as per Celebrity Net Worth. During the peak of the show The Today Show he made $28 million per year. In 2004, he bought an NTC apartment for $5.9 million. Matt sold the property in 2018 for $7.4 million.

Also read Who Is Matt Lauer Dating? Know About His Girlfriend, Her Career Path, And Their Love Life!?

Matt Lauer is an American journalist and television personality. He is best recognized as the host of The Today Show. He is also a contributor to the news channel Dateline NBC. Read more bio…