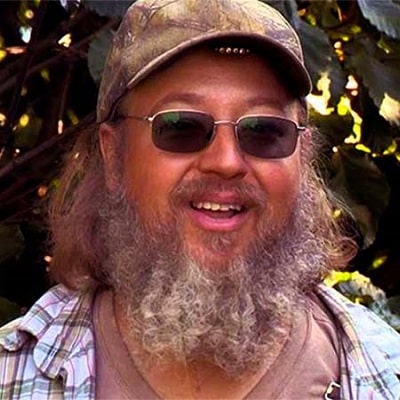 Shane Kilcher is a married person. He has been married to his high school sweetheart Kelli Ware (from Anchorage, Alaska) in June 1992 after dating her for 3 years.

They were married in June 1992. After their marriage, he financed her studies and she got a nursing degree from Maric College, CA in 1999.

Who is Shane Kilcher?

Shane Kilcher is an American TV personality and musician who is best known for his performance in “Alaska The Last Frontier”. Also, he is a social worker and he works for people with disabilities.

He was born on 5 May 1971 in Idaho to his parents Atz Kilcher and Lenedra Carroll. He was raised in Homer, Alaska. Lenedra Carroll is a singer, author, and manager who has managed her multiple Grammy nominee singer daughter Jewel Kilcher in past. Also, he has three known siblings Atz Lee Kilcher, Jewel Kilcher, and Nikos Kilcher. Nikos is his half-sibling from Atz Kilcher and Bonnie Dupree.

In addition, his grandparents Yule and Ruth Weber shifted from Switzerland to Alaska during the second world war. There they owned acres of barren lands and since then the land is inherited by the Kilcher family.

Shane holds American citizenship but his ethnicity is unknown.

The Kilcher family stays without plumbing or modern heating in the extreme weather condition of Alaska. The Kilcher family subsist on farming, hunting, fishing, and prepare in advance for the long winters including the storage of foods and the like.

His skill ranges from basic survival to entertainment and also can make furniture out of woods, manage pure drinking water for the family, can track hours in the snow.

He works for people with disabilities. Previously, he used his ability and talent to cheer other people helping the needy people.

He was jobless for a few months in 2010 while his wife was employed and helped support family and children. Later he along with his family moved to Homer, Alaska where he became part of the Discovery reality series Life Below Zero. Season seven has premiered and they are still on the show busy building their homestead in Homer, Alaska.

Shane Kilcher is the most loved person on TLF. In addition, Shane sings well and knows all the necessary living skills for sustaining himself and his family. Shane also can make furniture. He loves children. He also earns through the show.

He along with his family mebers must have accumulated a decent sum of money from the TV series however he has not disclosed his exact net worth, salary, and income.

There are rumors that the shoe TLF plays a minimum of $8,000 to $10,000 to the Kilcher family per episode. Also, there were rumors roaming around that Shane and his wife were leaving the show in 2016 and will not be appearing in season six of the show but the rumor turned out to be false.

Shane has suffered a severe accident in the form of a fall on the back while working on his house in Homer. He felt from the ladder and landed on his back thereby fracturing his L2 vertebra which is a horizontal one and extends two-thirds of the way along the vertebra.