Shanina Shaik is an Australian model and actress. She is married.

Shanina Shaik is a married woman. She has been married to her long-term boyfriend Greg Andrews or DJ Ruckus.

The couple tied the knot on April 18, 2018, in the Bahamas after being engaged for over two years.

The couple met in April 2015 at the Coachella Valley Music Festival. He is also Lenny Kravitz’s cousin. He proposed Shanina in December 2015 in his cousin’s private beach in the Bahamas with two rings getting down on his knee.

The couple has not welcomed any children yet, however, in an interview she said that she and her husband are thinking about growing the family and settle down. They are living their married life happily.

Previously, Shanina was in a relationship with her boyfriend Tyson Beckford in 2015 and she also dated Tom Penfold from 2008 to 2009 and Julian Posey in 2014.

She also dated Ryan Leslie and she was rumored to have linked with Justin Bieber and Sean Combs or P. Diddy. 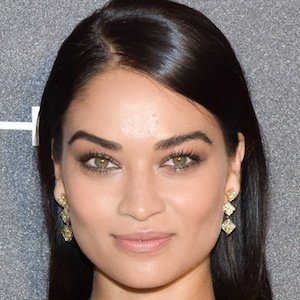 Look after yourself from within, and your beauty will shine through on your skin.

No beauty shines brighter than that of a good heart.

Everyone has something unique about them.

Who is Shanina Shaik?

Shanina Shaik is an Australian model and actress who is best known for walking the ramp for Victoria’s Secret fashion in 2011 and 2012.

She also made her appearance in the TV movie ‘The Victoria’s Secret Fashion Show’ in 2011.

She was born on February 11, 1991, in Melbourne, Victoria, Australia. She is currently 29 years old. Her father’s name is Hanif Shaik and her mother’s name is Kim Shaik.

Her mother belongs from Lithuania and her father is Pakistani who follows Roman Catholic religion.

She was interested in modeling since her early childhood. She began modeling at the age of eight and appeared in a TV commercial for Hyundai. But, in order to join the high school for her further studies, she quit modeling.

She was very talented in her studies and graduated a year before her classmates. She competed in the Girlfriend Model Competition at the age of fifteen

Shanina holds Australian citizenship and her ethnicity is a mix of Pakistani, Saudi Arabian, and Lithuanian.

She along with her brother became the victim of bullying as a schoolgirl. Later, she attended Werribee Secondary College.

Shanina Shaik entered the American reality television show ‘Make Me A Supermodel’ in 2008 and finished as a runner-up. She got the opportunity to meet US model/actor Tyson Beckford on the show and she began dating him.

After a year, she did ramp walk in eight shows in New York City and later walked for designers such as Lorick, Richie Rich, Abaete, and many more. She earned the scorecard in the second season of summer 2010.

In the same year, she walked for the Bebe and Project Runway and she appeared in several catalogs such as Intermix, Lovable, Free People, Shop Bob, and many more. Later, she signed a contract with the New York Model Management and got the opportunity to write editorials for Men’s health and Seventeen Magazine.

She moved to the US in 2011 and walked for Victoria’s Secret is the fifth Australian model after Jess Hart, Abbey Lee Kershaw, and Elyse Taylor. Also, she did a shoot with Vogue Australia.

Currently, she is also working as an Ambassador for Just Jeans and has modeled alongside rugby star Sonny Bill Willimas and was featured on the covers of Cosmopolitan, Vogue India, Harper’s Bazaar Singapore, Vietnam, and Australia. Recently, she made her appearance on the May/June cover of Maxim in 2019.

She has not been successful in winning awards and nominations in her name to date.

It is expected to rise in the future as she is still active in her career.

She was linked with pop star Justin Bieber after pictures surfaced of the pair on a yacht in Ibiza but she dismissed the incident as a coincidence and said that she was simply there with a mutual friend.

To know more about Alison Eastwood, Pam Dawber, and Kelly Carlson, please click on the link.