Shannon Beador is a reality TV star and The Real Housewives of Orange County cast. Shannon is having an affair with John Janssen. 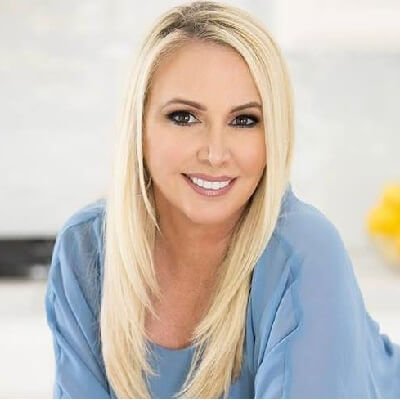 Shannon is currently in a relationship. She is dating John Janssen who is a partner at an insurance firm. The couple was first introduced via a mutual friend and started dating almost immediately.

They started their relationship in June 2019 and went public in July of the same year. The couple has similarities as both of them have been divorced and have children from their previous marriage.

Previously, she was married to David Beador who is the owner of ‘Beador Construction, Inc.’ The couple exchanged wedding vows on September 16, 2000. From their relationship, they have three daughters, Sophie, Adeline, and Stella.

He cheated on her and had an affair with a married woman named Nicole McMackin. After Shannon came to know about it only in April 2014, she tried to fix her marriage for the sake of her daughters, but everything went in vain.

Shannon filed for divorce from him in December 2017 and it was settled in April 2019. According to the divorce agreement, David had to pay her $1.4 million and also a combined monthly child and spousal support of $10,000.

Who is Shannon Beador?

Shannon Beador is an American reality TV personality. She is famous as the cast member of ‘The Real Housewives of Orange County’.

Shannon Beador was born as Shannon Storms on March 24, 1964, in California, USA. As of 2020, her age is 56. There is very little information about her early life and family background.

She has not revealed anything about her parents and siblings. Atoms spent her childhood days in Bel-Air and lived in Rancho Santa Fe, in San Diego County.

Talking about her education, she went to high school in Southern California. Later, she went to the ‘University of South Carolina’ (USC) and graduated from there.

Since long, Shannon Beador has been a passionate torchbearer of fitness practices and Organic and Green lifestyle. She is strict regarding the harmful effects of modern technology & has even gone as far as not using a mobile phone unless it is absolutely necessary.

In 2014, she started gaining attention as she was cast as one of the main housewives of the reality Bravo-TV show, ‘The Real Housewives of Orange County’.

The show focuses on the housewives of a millionaire, affluent wives in Orange County, and their daily lives. She has appeared in over 50 episodes and has featured as part of the main cast since the ninth season. As of 2020, she has starred in five more seasons of the show.

Being a reality TV star comes with some rumors and controversy. She has been criticized several times.

She had once posted a photo of her daughter getting face acupuncture from her friend Dr. Tim Ramirez who is also her trainer.

After posting the photo, a complaint was filed against Dr. Tim for practicing acupuncture illegally. The State of California Acupuncture Board had even launched an investigation into the matter after her post.

People have also criticized Shannon for rarely allowing her daughters to keep mobile phones because of the radiation emitted by it.

Shannon Beador is active on social media sites. In fact, she is actually one of the most popular housewives on social media. She has around 300k followers on Facebook and around 318k followers on Twitter. In addition to this, her Instagram account has over 1.3 million followers.

You may also like to read the Bio, Career, Net Worth, Relationships, and more about Slade Smiley, David Beador, Peggy Sulahian, and more.