Shannon Bex is a wonderful dancer who is also known as a cheerleader for the Portland Trail Blazers. Shannon Bex is married to Ron Basada 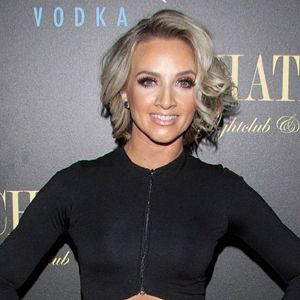 What is the relationship of Shannon Bex?

Shannon Bex is a married lady. She is married to Ron Basada in the year 2003. The couple is very happily married and shares a strong relationship of more than fourteen years.

There no information provided by either of them about their children.

Who is Shannon Bex?

Her song “I’m Out” which was released in 2012 also made her famous.

Shannon Bex was born in Gresham, Oregon, the U.S.A. as Shannon Rae Bex. Her mother’s name is Pamela May Bex and her father Marshall A. Bex. Bex started dancing at the age of six in ballet dancing.

Her brother Marshall Lee Bex has his own video production company. She holds an ethnicity of Scottish.

Talking about her education, Bex went to Mountain View High School for her schooling. She was also involved in dance and drama while she was studying.

Bex didn’t say much about his educational background.

Shannon Bex had her first musical when she was 22 and that was her first event which was paid. In 2003 she was seen on the series Fame in which she finished as a runner-up. She has also seen a ramp in Dizon Playboy Fashion Show.

She is also one from the MTV, Making the Band 3. Later they formed a group and named it Danity Kane. She was the only married and oldest member of the group and was known as the mother of the group.

In 2009 Danity Kane group was dismissed because many of its members went back to Making the Band series by MTV. Later in 2011, Bex announced a new band “Bex” which was with the members of the group Elliot.

Bex announced that she was releasing a country solo album instead of an album as the group called Bex which disbanded before releasing any music.

She was releasing a country solo album instead of an album as the group called Bex which disbanded before releasing any music. In 2012 she released the solo single “I’m Out”.

The same year she released her debut EP I’m A Women. Bex came with Aubrey O’Day and formed a new alternative dance/pop duo under the name Dumblonde.

Achieving heights with her music and successful musical group and giving a great performance in her each show she succeeded to write her name on the list of millionaires.

In 2009 it was rumored that Shannon is also leaving the band and will leave Dwan and Aundrea alone in the group because the rest of the members are going to participate in MTV Making the Bands series.

Shannon Bex has a very fit and maintained figure.

Her height is 5 feet 4 inches and has a weight of 55.79kg which is known as a healthy weight for a maintained figure.

She has very cute eyes of blue color and her hair color is blonde.

Although many of the trusted sites don’t have her exact figure, it can be said that she is very close to zero figure.

Shannon makes herself active on all social media.

Her Facebook profile has 7k likes and the figure increases on her Twitter profile having more than 30.2k followers and more than 4.5k tweets.

The list of followers has increased in her Instagram profile reaching 11ok followers with only 527 posts made by her.

Ron Basada, former dancer and choreographer and current businessman! An insight into his married life, relationship, and career!