Shannon Bream is an American journalist for Fox News Channel. Shannon is married. The couple do not have any children yet. 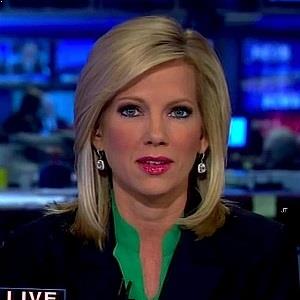 It's something, since the nomination and confirmation hearings of Justice Ginsberg, that's really become kind of an unwritten rule, this "I can't answer a question if it's a potential issue that's going to come before me on the Supreme Court." I think that most senators have come to accept that as a very legitimate answer. They don't love it, they're not happy, but it is legitimate when you put it in that context

General Flynn said all the talk about the connections between Trump and his campaign in Russia are nonsense.

Shannon Bream is a married woman. She is married to Sheldon Bream. She met her husband while attending Liberty University.

They married in the year 1995. They are still together and there is no sign of divorce at all. Currently, they reside in the Washington, D.C. area. There are no other records of her past and present relationships.

Who is Shannon Bream?

Shannon Bream is an American television journalist who currently works for the Fox News Channel. She is best known as the reporter of Fox News’ Supreme Court and the anchor of America’s News Headquarters.

She is also an occasional substitute anchor for Special Report with Bret Baier and Fox News Sunday.

Shannon Bream was born on December 23, 1970, in Tallahassee, Florida, United States. Her nationality is American and ethnicity is North American.

Her birth name is Shannon Noelle DePuy. She was brought up in Tallahassee, Florida.

She is the only daughter of Marie Norris and Ed DePuy. Her mother is a teacher and her father was a Leon County Commissioner.

She was her mother’s helper while renovating houses, hence she considered it as her first job. Her father, Ed expired in April 2013. She has a brother who is a former Navy pilot.

As a child, she attended North Florida Christian High School in Tallahassee and graduated in the class of 1988 at the age of 17. After high school graduation, she attended Liberty University in Lynchburg, Virginia.

While attending Liberty University, she entered the Miss Virginia pageant and won the title in 1990. She participated in the Miss America 1991 pageant and became one of the top-10 finalists.

She graduated from Liberty University in 1993 with a degree in Business. After that, she returned to Tallahassee and attended law school at Florida State University.

She won the Miss Florida USA pageant in 1995 and competed in the Miss USA 1995 pageant finishing in fourth place.

She graduated from the Florida State University College of Law with a major degree in law in 1996.

After graduation from the Florida State University College of Law, Bream moved to Tampa, Florida, and began her career as a lawyer as she studied corporate (employment and labor) law in Tampa, Florida.

She wanted to change her career and pursue her career in television news. In 2001, she moved to Charlotte, North Carolina, and began working as a news reporter for the CBS affiliate, WBTV.

After three years at WBTV, Shannon Bream joined Washington D.C.’s NBC affiliate WRC-TV in 2004. She worked there for three years and joined the Fox News Channel in November 2007. She currently works as a reporter for Fox News’s Supreme Court and the anchor of America’s News Headquarters.

Bream is also a substitute anchor of Special Report with Bret Baier and Fox News Sunday. She was a part of a talk show with Kristin Gasper and they will discuss the state law and the San Diego County Board of Supervisors to discuss the issue.

Bream has an annual salary of$ 800,000 dollars and she has an estimated net worth of 4 million dollars.

There is no rumor of her current love affairs. She is living a happily married life with her husband. Throughout her career, she has been into many controversies. However, she never let the controversies ruin her career.

She has blonde hair color and blue eyes color. Shannon is the height of 5 feet 7 inches tall and weighs 64 kg. Her body measurements are 38-26-37, her bra size 34D, her 8 (US)dress size and shoe size.

Also, read the affair, salary, the net worth, controversy, and the bio of Chris Wallace, Anne Thompson, Natasha Bertrand