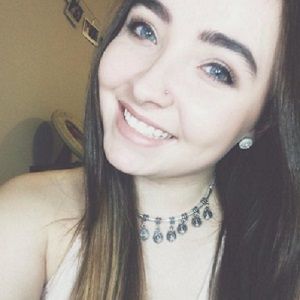 Shannon is in a relationship. She is having an affair with Pedro Pires. She is very close to him and often the couple are captured in public places for a date or shopping.

The couple keeps sharing their pictures with their fans and followers on their social media profile.

Who is Shannon Carpenter?

Shannon Carpenter is a social media sensation who is recognized as a dancer and a singer. She is famous as one of the sisters of a famous actress Sabrina Carpenter. Sabrina is a Disney star who was starred in Disney Channel series, Girl Meets World. She has only appeared a few times on her sister’s TV show.

Shannon was born on 30 August 1994, in Lehigh Valley, Pennsylvania. She holds The American nationality and belongs to a mixed(English, German, Irish) ethnicity.

She was born to her parents David Carpenter(father) and Elizabeth Carpenter(mother). She spent her childhood in her birthplace with her siblings Sabrina, Sarah and her half-sister Cayla.

She was interested in dance throughout her high school and was really good at it. She was even selected as the lead dancer as well as the choreographer for the Final Group Showcase of her high school career. Although she was also good at singing and even sang during her school years, she accepts that she is not confident to completely pursue singing.

She attended The Lehigh Valley Charter High School for the Performing Arts.  Later, in her teenage years, she moved to Los Angeles, California with her family to support her sister’s acting career and was Transferred to The Sharon Disney Lund School of Dance at The California Institute of Arts.

Shannon has a strong social media presence. She used to have a YouTube channel titled “Shannon” which she created back in May 2009 to upload her dancing videos. Her YouTube account didn’t get much love and attention that she wanted so she closed down her channel.

These days she updates her Instagram and Twitter accounts more frequently. she has a huge fan following on Instagram and since she loves to dance so much, she aims to become a successful choreographer.Shannon Carpenter has been present on social media, especially on YouTube, since 2009. She used to post dance videos, videos on school projects, or just random fun stuff. However, she has received unprecedented attention after her sister, Sabrina Carpenter was cast in the coming of age Disney sitcom, ‘Girl Meets World’, in 2013.

Along with the rest of her family, she became a celebrity for making occasional appearances on the hit television series. Nevertheless, she is a social media star in her own right and has earned praise from her fans for her remarkable fashion sense. Her Instagram posts, often with her family and friends, get a lot of attention from the fans of the Carpenter family.

Shannon Carpenter: Salary and Net Worth