She keeps on posting pictures on her social media sites with her boyfriend Jeremy. They belong to the same field and they have a lot in common. It is also known that they are soon getting married. 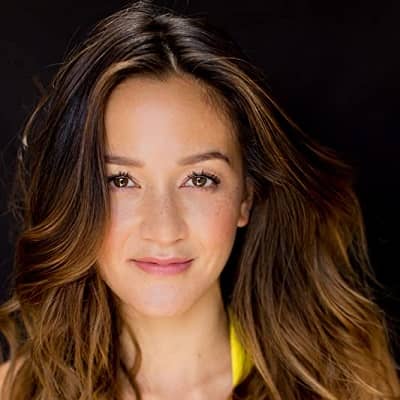 Shannon Chan-Kent is a Canadian Voice actress, singer as well as Dancer. She is best known for her role in My Little Pony as Silver Spoon and Smolder and also singing voice of Pinkie Pie.

Moreover, she is known for her work on Woke, Good Trouble, and Life Sentence. She has also provided her voice for multiple animations.

Her zodiac sign is Libra. She belongs to Caucasian and Chinese Ethnicity and holds Canadian citizenship.

She has also three siblings, her older sisters are Hilary Johal, and Lindsay Chan-Kent, and her younger sister is Marissa Danielle.

Her childhood was joyful with her siblings. Since, the childhood she was interested in acting, dancing, and music.

Talking about her education, she had graduated with a bachelor’s and master’s degrees in Opera from the University of British Columbia.

Shannon gained popularity through her voice role on My Little Pony: Friendship is Magic, Littlest Pet Shop, and Slugterra.

She has worked on different animations. Before gaining popularity, Kent had played additional voice roles in Sabrina’s Secret Life in 2003. She co-starred as ‘Janet’ in the Nickelodeon movie Spectacular.

She has voiced a character in the film series Barbie, My Little Pony, Corner Gas Animation, Slugterra, Supernoobs, The Little Prince, Chuck’s Choice, Kong: King of the Apes, Cre Bears, and more.

Moreover, Shannon also performed in local theatre productions as well as Vancouver Metropolitan Orchestra as an opera singer and she has been starred in live-action of Death Note 1,2, Samurai Girl, Chavo Del Ocho, and many more.

What is the net worth of Shannon Chan-Kent?

The multi-talented personality earns a burly amount of money from her multiple profession. In 2020, her estimated net worth is approximately $1 Million – $5 Million.

Her primary source of income is through her successful career as a voice actress. However, she has never revealed her exact salary, earnings, and exact salary is not revealed on any social media sites.

Shannon has never been part of any rumors or controversies till now. It seems that she has maintained a good distance from the public and social media to enjoy her personal life blissfully.

At the age of 33 years old, she is able to maintain a beautiful body texture and charming looks. Shannon stands at a height of 5 Feet and 1 Inch (155cm) and she weighs 56kg (123ibs).

She has smooth black hair and beautiful dark brown pairs of eyes.

She is very active on different social media sites. She has an Instagram account as @shannoncket with has more than 5700 fan followers.