Shannon Ford is a model and reality TV personality. She is possibly single.

Shannon Ford is currently possibly single. But prior, she was dating John Gurney. Her ex-boyfriend is a singer/songwriter best known for his song, I Can’t Take You Anywhere.

The couple started dating in 2017 but announced their break-up in April 2021.

Previously, she was in a relationship with Kyle Long. He is an American former football player who played seven years with the Chicago Bears of the NFL. The couple dated in July 2017. 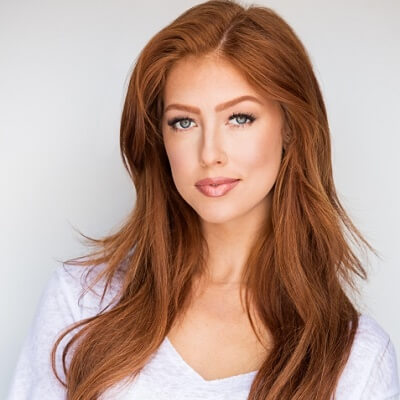 Who is Shannon Ford?

Shannon Ford is an American model and reality TV personality. She is best known for her appearance in the reality TV show, Very Cavallari.

Shannon Ford was born on November 22, 1993, in Gilbert, South Carolina, USA. As of 2020, her age is 26. Her mother’s name is Sharonkay Ford and her father is Vic Ford. She once posted a picture of her parents and seems to be close to them.

She also has two siblings; a sister and a brother. Her sister’s name is Emery Ford. However, she has not revealed the identity of her brother. She grew up with her siblings in Gilbert, South Carolina.

Growing up in Gilbert, she attended Gilbert High School. In her high school days, she took drama, broadcasting, chorus, and English classes.

After graduating from high school, she attended the University of South Carolina Upstate. She graduated from there with a degree in Political Science & Broadcast Journalism. Even though she has a degree in Politics, she chose to not enter the field.

Shannon Ford started her career as a model. In 2012, she won the title of Miss South Carolina Teen USA. She represented South Carolina in the national pageant and reached the top 16 in Miss Teen USA.

Moreover, she has walked in runway shows for Supermodels Unlimited magazine in New York City,  L.A., and Charlotte. In 2011, she was featured in the ‘Cinderella’s Closet’ Prom magazine.

Ford was always an expert on social media. She put her skills to good use and became the first employee of Kristin Cavallari. She handled everything related to the social media of Kristin’s store, ‘Uncommon James’.

She featured in the reality TV show, Very Cavallari. Viewers loved her but she got fired in the premiere of the second season for missing meetings, ignoring deadlines, not showing up to the office, and also being rude to Kristen.

She is currently using her social media skills to promote her own brand and products. She released a Pop Socket line that sold out very fast, too. Her account is also growing and has over 278k followers.

Shannon Ford has an estimated net worth of around $10 million as of 2022. There is no information about her salary. On average, a reality TV star makes around $45k a year.

Shannon stands at a height of around 5 feet 8 inches. She weighs around 55 kg. Her body measurements for breasts, waist, and hips are 34-26-35 respectively.

She wears a bra size of 33B and a shoe size of 8(US). Her hair color is red and she has green eyes.

Kristin was fired in the premiere of the second season of Very Cavallari. The reasons were missing meetings, ignoring deadlines, not showing up to the office, and also being rude to Kristen.

Previously, Kristin had given her chances to redeem herself but with her company expanding, she did not think of her as someone she could rely on.

This realization led to a major showdown between Kristin and Ford in the Uncommon James store. It was a normal serious conversation until Ford kept talking and made excuses for herself. But, Kristin did not listen to her and fired her. This came as a shock to the audience and other employees, too.

You may also like to read the Bio, Career, Net Worth, Body Measurements, Relationships, and more about Carla Facciolo, Alyssa Miller, Kristin Cavallari, and more.

Are Shannon Ford and John Gurney still together?

They split after four years of dating.

She is at present possibly single.

What is Shannon Ford famous for?