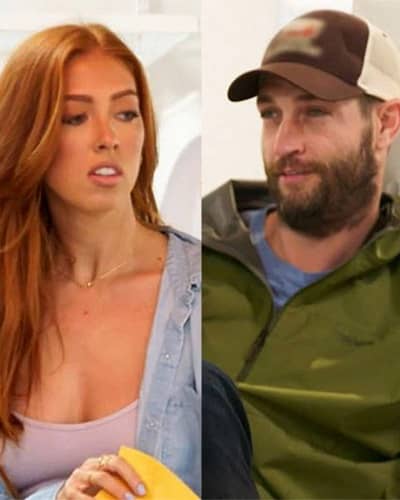 Just after seven months of the split from wife Kristin Cavallari, Jay Cutler was seen with Shannon Ford. Shannon was spotted having dinner with Jay to which she explained that there was nothing going on with Cutler. They were having lunch together with their mutual friend Mark “Chuy” Block in Charleston, South Carolina.

The video which she was talking about was posted by Jay Cutler on his Instagram account. Similarly, Shannon had no idea why Jay posted the video on Instagram as her mom and grandmother was not in the video. That video had raised an eyebrow for many as Kristin had fired Shannon from Very Cavallari. Her being in the video of Jay became a reason for people to speculate their dating rumors.

Why was Shannon Ford fired from Very Cavallari?

In the episode of Not Skinny But Not Fat, Shannon revealed that she went from being under Kristin’s wing to being frozen out. Ford has not talked with Cavallari since she left the show. Similarly, she revealed that Kristin threatened legal action after they parted ways as co-workers.

“[Kristin] sent me a message that was like, ‘You can’t do a brand deal for … ‘ and she listed, like, eight things I couldn’t do, and I was very bothered by that because I was, like, ‘Let a b—- get her f–king bag. Like, you are a millionaire dating another quadruple millionaire. I am a 23-year-old girl trying to pay rent.”

Likewise, Shannon was told by Kristin that the brand deals and Instagram posts touting other companies were a direct violation of their non-compete agreement. Ford gave Kristin her lawyer’s number to talk about legal things.

Also read Here Are Things You Need To Know About The American Comedian And Singer Bo Burnham!! His Growing Career, Dating History, Family Life And Much More

Shannon Ford is an American model and reality TV personality. She is best known for her appearance in the reality TV show, Very Cavallari. Read more bio…