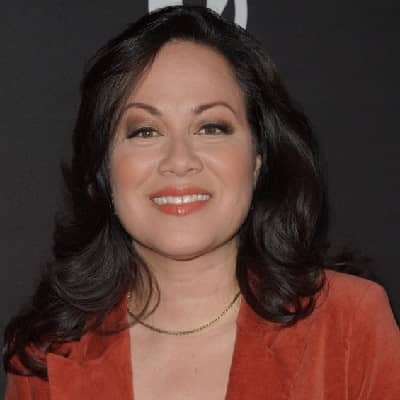 Shannon Lee is married to Anthony Keasler who is a professional art designer.

They started dating in August 1988. Later after being together for six years they decided to exchange vows on August 22, 1994.

The couple welcomes their first daughter, Wren Lee Keasler on May 21, 2003.

Who is Shannon Lee?

She had an elder brother named Brandon Lee. He died of gunshot wounds in an accident while shooting for a movie.

She is the granddaughter of Lee Hoi-Chuen, a renowned Cantonese opera singer. She lived in Hong Kong from 1971 to 1973 with her parents until her father died.

Her mother moved to the USA after the death of her husband and lived in Seattle, Washington with her children. Later, she remarried twice but always remained close to Shannon.

She was brought up with her brother in Rolling Hills, California. She belongs to mixed (Chinese, German, and Swedish) ethnicity.

Shannon has her schooling from Chadwick School. Then she studied at Tulane University in New Orleans, where she graduated in music in 1991.

During her University days, she took part in numerous concerts, operas, and musical shows.

Shannon Lee moved to Los Angeles in 1993 to pursue a career in acting. She learned the martial art called ‘Jeet Kune Do’ from Richard Bustillo, who was her father’s student. Further, she improved her martial arts skills with serious training from Ten Wong.

She also learned ‘Taekwondo’ and ‘Wushu’ under Dung Doa and Eric Chen respectively. Later, she mastered Kickboxing, which she displayed while shooting for her movie roles.

Lee started her acting career by playing in her father’s 1993 biopic film Dragon: The Bruce Lee Story. Then she appears in the direct-to-video films Cage II (1994) and High Voltage in 1997.

After a year she starred in the Hong Kong action film Enter the Eagles.

On television, she guest-starred in an episode of the television series Martial Law alongside Sammo Hung in 1998 and appeared in the television film Epoch, which first aired on the Sci-Fi Channel in 2001.

She was also seen playing the main role in the action film Lessons for an Assassin. She also appeared on ‘Martial Law’, ‘Epoch’, and ‘I am Bruce Lee’ on television.

Furthermore, Shannon was the host for the first season of the game show WMAC Masters.  In 2003, she also sang on the band Medicine’s album The Mechanical Forces of Love.

Lee is also the president of the Bruce Lee Foundation. She also works as the executive producer in the 2008 television series The Legend of Bruce Lee. The series was based on her father’s life. Also, she also produced another documentary film How Bruce Lee Changed the World after a year.

In the year 2015, Perfect Storm Entertainment Warrior series which is based on an original idea by Bruce Lee, would be produced and air on the Cinemax in 2019.

Being one of the successful personality, her net worth is said to be $10 million. But her salary and other incomes are not disclosed.

She has not been through any type of rumors up to now. This actress is also far away from any desperate scandals.

Shannon Lee stands with a height of 5 feet 7 inches and a decent weight. She has black colored hair and a beautiful pair of brown eyes.