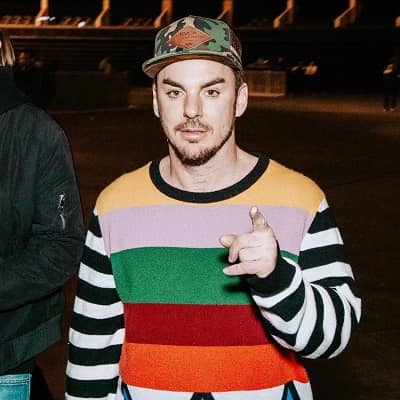 Currently, Shannon is in a relationship with a 36 years old American actress named Cara Santana. Cara is famed for The Whole Truth. The duo has been dating since August 2020 till now.

Additionally, it is believed that Shannon Leto had been in more than ten relationships before.

He had affair with Ivana Milicevic at first. However, there is no official date of their affairs.

Who is Shannon Leto?

Shannon Leto is a famous American musician as well as a songwriter. He is widely renowned as the drummer of a rock band named Thirty Seconds to Mars.

Shannon Leto was born on 9 March 1970. As of 2021, he is 51 years old. Likewise, his birthplace is Bossier City, Louisiana, the USA. Currently, he resides in Los Angeles, California.

However, He’s put his stepfather’s surname. Leto’s biological father committed suicide when he was just ten years old. Alongside, the star has a two-half brother from his father’s second marriage.

Likewise, Shannon’s nationality is American whereas his ethnicity is Acadian. During his childhood, Leto and his brother Jared had an interest in music and began playing percussions. It is believed that he received his first drum set at the age of ten years old and started learning himself.

About his educational details, Leto is a school dropped out as he initiated consuming drugs. Shannon explained himself as “a mess who didn’t belong anywhere” in his school period.

The famed star is the founder of the rock band Thirty Seconds to Mars in 1998. The band was formed in Los Angeles, California along with his brother, Jared Leto. The duo brothers recorded their first album in rural Wyoming in 2001-02.

Additionally, his band’s second single, “The Kill”, from the album “A Beautiful Lie” created history as it became the longest-running song in history.

Similarly, the third single of Leto’s band “a beautiful lie”, “From Yesterday” also formed another history by being the prime American rock video ever shot in China.

Their brand has been renowned by the Guinness Book of World Record for performing in over 300 shows throughout a single album cycle.

The famous star has sold more than 15millions copies of his different albums. Similarly, he has performed is the record producer and united with Antonie Becks, The Wondergirls, and Street Drum Corps.

As per sources, Leto’s net worth is estimated to be $10 million.

He recognized himself as a well-established artist after releasing many songs. Also, Leto is a businessman. Shannon operated a Black Fuel Trading Company in 2014. Also, he was involved in the coffee-trade.

Shannon has well mentioned his assets details too. He purchased 2600 square feet home which is in Sunset Strip in 2019. The cost of the home was $900 thousand.

In June 2014, the popular musician was arrested for a DUI and driving without a license in Los Angeles.

Well, one of the fan-favorite musicians, Shannon has been part of rumors and controversies as well. There had been rumors that Leto had been associated with the ladies in different times such as Jeannine Burnaeva(2015-2017), Jules Mordovets (2011), Lauren Hastings(2011), Corona Taylor (2002), and Rebeka Walters.

The name and fame are the reason behinds Leto’s rumors.

The 51 years old star has handsome looks and great body shapes as well. Leto stands tall with a height of 5 feet and 9 inches. Similarly, he precisely maintains his body weight and weighs nearly 68 kg.

Additionally, Leto has Hazel eye color and his hair color is Dark Brown. Moreover, he has inked tattoos on his shoulders and arms.

About his social media presence, Shannon Leto has impressive fans, followers, and supports on social media. Leto has more than 465k followers on his official Instagram account @shannonleto.

Moreover, he is also active on Facebook with huge 362k followers on it. At last but not least, his

Twitter account has been followed by more than 447k followers. Therefore, we can say that his popularity is tremendously high on social media.