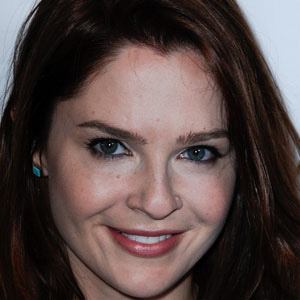 Shannon Lucio is a married woman. She is married to actor Charlie Hofheimer and the couple has welcomed a son named Hudson ‘Hud’. The family is living together and there is no sign of divorce between the couple.

Who is Shannon Lucio?

Shannon Lucio is an American actress and she is best known for her role of Lindsay Gardner on ‘The O.C.’. She is also well recognized for her role as Miriam Hultz/Trishanne in the series ‘Prison Break’.

Shannon was born on June 25, 1980, in Denver, Colorado, USA. She is currently 38 years old. She was raised in San Antonio, Texas.  Her father’s name is David Lucio and her mother’s name is Juanita Oliver. She has not provided any information regarding her siblings, and childhood.

Shannon holds American citizenship and her ethnicity is Mexican.

Talking about Lucio’s education history, she graduated from John Marshall High School and achieved her BA in theater from the University of Southern California.

Shannon Lucio debuted her film career from the role of Caril Ann Fugate in the film ‘Starkweather’ in 2004. After a year, she appeared as Michelle in ‘Youthanasisa’.

She won Best Performance by an Actress from the Edgemar Short Film Festival in 2010 for “Numb”.

She has an estimated net worth of around $950,000 and she has earned that sum of money from her professional career.

It seems she does not like to harm other people and she hs not been involved in any types of rumors and controversies in her career.

She has a height of 5 ft. 6 inches and she weighs 51 kg. Shannon Lucio has brown eyes and light brown hair. Her body measurement is 34-24-33 inches.