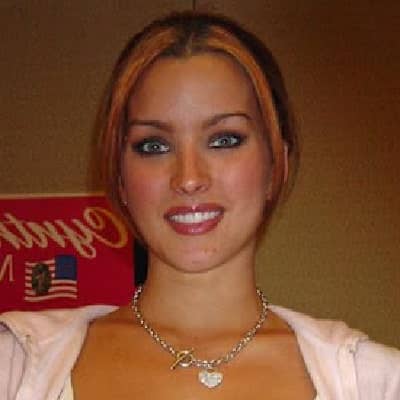 What is the relationship of Shannon Stewart?

Shannon is happily married to her husband, Matthew Ratliff. Matthew is also a Christian model.

Shannon and Matthew met each other through a mutual friend’s Myspace. They went on a blind date and started dating. After dating for around 1 and a half years, they got married in 2007.

Who is Shannon Stewart?

She is popular for being the runner up on the 1st Cycle of America’s Next Top Model and also for her appearance on the All-Star edition of the show.

Shannon was born on June 6, 1984, in Franklin, Ohio. Her full name is Shannon Niquette Ratliff. She is a devout Christian and is of English ethnicity.

Her parents are David and Cindy Stewart. Shannon’s mother was a banker and her father was working in an insurance company with the post of financial assistant.

Shannon was interested in modeling from her young age. She used to participate in every activity in her school and loves dancing.

Shannon completed her schooling at the high school in her hometown. Then, she enrolled at Wright State University.

Shannon was working as a model and joined the first season of America’s Next Top Model. She finished up in the second position. Stewart continued to model and signed with Elite Models in Chicago and Major Model Management. The model has then worked for various projects, events, shoots, and magazines.

After ANTM, Shannon participated in 2004 Miss Ohio USA.  She became the runner-up to Lauren Kelsey Hall in that pageant. Similarly, Stewart later competed again for the Miss Ohio USA 2006 but only made up to the semi-finals. The title was won by Stacy Offenberger at that time.

She took a break from the modeling and now resides with her family.

Shannon has amassed a net worth of around $1 million from her modeling career.

According to the sources, the model receives at least $921 per episode when they meet certain positions in America’s Next Top Models. Hence, Shannon also must have a good salary.

There was a nude photoshoot in the semi-finals of American’s Next Top Model in Paris. Shannon and fellow contestant Robin Manning denied having their shoot because of their Christian faith. It has caused a controversy that time.

Shannon stands tall with a height of 5 feet and 10 inches. Her body mass is around 54 kg.

The body measurement of Shannon is approximately 34-24-34 inches. Similarly, she has blonde colored hair with blue eyes.

Likely, she joined Twitter in April 2009 and has more than 15K followers now.