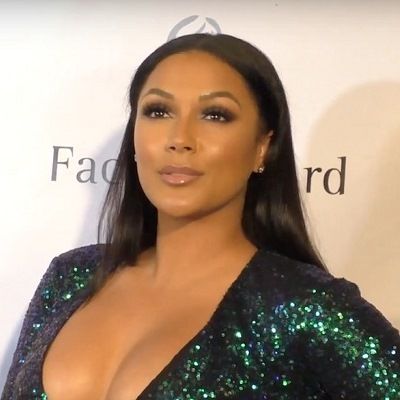 Shantel is currently dating rapper Nelly. They confirmed their relationship in 2014. In 2017, Nelly was accused of raping a woman. Shantel supported Nelly throughout the case.

Who is Shantel Jackson?

Shantel Jackson is an American actress and model. She is also a businesswoman who owns her own clothing line. Jackson is famously known for appearing on the BET reality series Nellyville.

Shantel Jackson was born Shantel Christine Jackson on July 28, in the year 1984, in Miami, Florida in the United. She is a Leo. There is no information about her parents. Shantel holds American citizenship, but her ethnicity is mixed (Caucasian- African- American) ethnicity.

Shantel Jackson began her career as a fashion model, she was quite young when she started her career in the field of modeling and acting. The experience and exposure she gained at school helped her a lot in making her mark in the industry.

Shantel played a character named ‘Ashley’ in the short drama film ‘Good Riddance,’ which released in 2016. During 2017, Shantel was part of ‘The Platinum Life,’ a reality TV show about the wives of famous musicians.

She has also appeared in music videos of songs such as ‘Let’s Get Away’ by ‘T.I.,’ ‘Stay Fly’ by the ‘Three 6 Mafia,’ and ‘Unpredictable’ by Jamie Foxx.

Shantel currently owns a unisex clothing line that is available on her website, ‘missjackson.com.’ She also owns a product line named ‘Shoe Gummi.’ The brand offers tools to make walking with heels easier.

Shantel Jackson has an estimated net worth of around $3 million and her earning sources are acting and modeling.