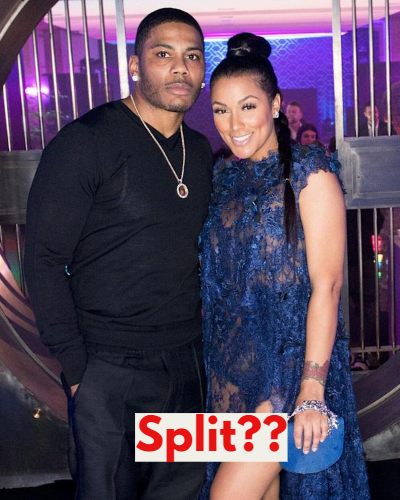 Shantel Jackson is single again! The longtime girlfriend of rapper Nelly announced her split and revealed that they are just friends. While responding to a fan’s question on Instagram Shantel was asked,

“R u nelly still together i love seeing u guys together,”

Her shocking revelation made the fan of the couple sad. Many fans made it clear to her that they loved seeing them together. Some were supportive of their decision to split. The couple dated for almost six years but haven’t posted about each other since the starting of 2021 They might have ended their relationship at the same time.

Even though they are no longer together but the couple was with each other and supported one another a lot. In 2020, Nelly competed on Dancing with the Stars and he revealed that Shantel was extremely supportive of him. Likewise, in October 2020 on one episode of the show, he revealed that she was ‘the one’ for him.

Not just that the couple had also planned their engagement. Nelly revealed,

Also read Ashanti on Watch What Happens Live show! She talks about Nelly and her current date!

Shantel Jackson was born on 25th July 1984 in Miami, Florida. She is 37 years old at present. She is one of the middle children of her parents and has four siblings. Likewise, she attended the Technical Arts High School and learned about filmmaking. Shantel attended the Miami Dade College and the University of Miami where she studied psychology and acting.

Also read Who is Nakyung Park? Know about her early life, married life with Wesley Snipes, children, net worth, biography

Shantel Jackson is an American actress and model. She is also a businesswoman who owns her own clothing line. Jackson is famously known for appearing on the BET reality series Nellyville. Read more bio…