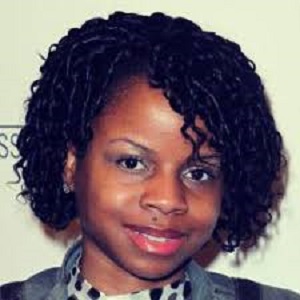 I started with theater and school. I’ve done everything from 42nd Street, where I had to learn how to tap dance to “Guys and Dolls”, so that’s where I started from. Everyone wants to be on TV but I never thought about acting as a career

Shareeka Epps is currently single. She ha not been linked to any person in her life as well. It seems, she is focused on her career and she does not like to spend her time being in a relationship. She is currently living her single life in New York.

Who is Shareeka Epps?

She was born on July 11, 1989, in Brooklyn, New York, USA. Shareeka is currently 29 years old. She has not mentioned anything regarding her parents and siblings.

Shareeka holds American actress but her ethnicity is unknown.

She was discovered in junior high school and started from the low budget film ‘Gowanus, Brooklyn’. She played the role of Drey, a high school student alongside Matt Kerr in 2004. After the success of her performance, she bagged a role in a full-length feature film ‘Half Nelson’ which again helped her to increase her fame worldwide.

She appeared as Kendra in ‘Aliens vs. Predator: Requiem’ in 2007. She debuted her TV career in an episode of ‘Law & Order: Special Victims Unit’ titled ‘Undercover’ as Ashley Tyler which was aired on April 8, 2008. After that, she appeared in ‘American Milkshake’ alongside Tyler Ross and Georgia Ford in 2013.

She gave her voice on the songs ‘Intro’ and ‘Werewolf Heart’ from Dead Man’s Bones eponymous debut album.

As the sources have calculated Shareeka has an estimated net worth of around $2 million from her professional career. However, her salary and income are under review.

The 29 years old actress has not been involved in any types of rumors and controversies in her career.

Shareeka has black hair and black eyes. Other information regarding Shareeka’s height, weight, etc. are unknown.