Shari Headley is an American actress and model. Shari was married to an actor previously. 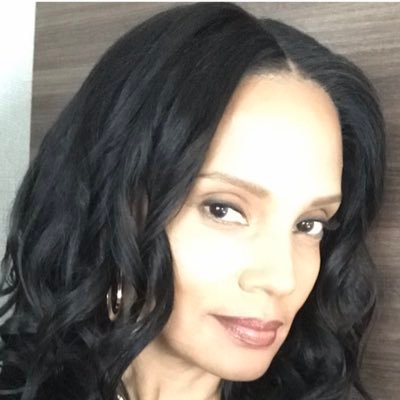 Previously, she was married to Christopher Martin who is an actor and entertainer. The couple got married in May 1993 and welcomed a son named Skyler Martin in April 1994.

But, the couple could not hold the relationship and end with a divorce in 1995. She is currently living with her son.

Who is Shari Headley?

Shari Headley is a famous American actress and former model. She is best known for her role as Lisa McDowell in the romantic comedy film ‘Coming to America’.

She was born on July 15, 1963, in Queens, New York City, USA. Shari is currently 56 years old. She has three siblings and she is the youngest one.

Her father’s name was Godfrey Headley who was a dental technician who died in 1982. Her mother’s name is Sarah Headley. She along with her mother shifted to the USA when she was 16 years old.

Shari holds American citizenship and her ethnicity is African-American.

She signed with Ford modeling agency and appeared in commercials for Johnson’s Baby Oil, Burger King, and L’Oreal.

Later, Shari Headley made her appearance in magazines such as Mademoiselle and Glamour. Then, she began her acting career and appeared on the NBC television show ‘The Cosby Show’ in 1985. Similarly, in 1988, she portrayed the role of Lisa in the romantic comedy film ‘Coming to America’ and came into the limelight.

In addition, her other films and television appearances include ‘The Preacher’s Wife’, ‘Johnson Family vacation’, ‘All My Children’, ‘413 Hope St, Guiding Light’, The Bold and the Beautiful’, ‘Towelhead’, etc.

Furthermore, she made her guest appearances in ‘Veronica Mars’, ‘Castle’, ‘Switched at Birth’, and many more.

She was nominated for Image Awards in the category Outstanding Lead Actress in a Drama Series for ‘413 Hope St.’ in 1998.

She has an estimated net worth of around $2 million and she has earned that sum of money from her professional career. She earns around $52k per annum from the big screen and around $15k per annum as a television actress.

Shari has been successful in keeping herself far from rumors and controversies in her personal and professional life.