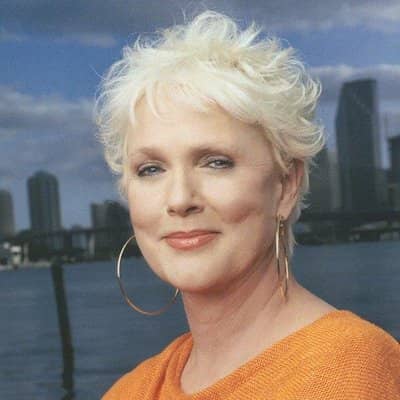 Do you know I was put on Marcus Welby, M.D. (1969) as a regular for a year because I was to be a love interest of James Brolin, and they said that there was absolutely no chemistry between James Brolin and me and I got fired. He was waiting for Barbra Streisand, I guess. I don't know.

Sharon Gless is currently in a marital relationship. She exchanged vows with Barney Rosenzweig on 04 May 1991.

Her husband is a producer by profession but their wedding details are not known. Unfortunately, this couple has not welcomed any child yet.

Who is Sharon Gless?

Sharon Gless an American actress and producer. She is known for appearing in Cagney & Lacey, Burn Notice, and more.

Her upcoming TV movie Constance is completed and will release soon. For her character of Colleen Rose in Nip/Tuck, she was nominated for Primetime Emmy Award.

Her birthdate is 31 May 1943 but she was born in Los Angels, California, United States. Her full name is Sharon Marguerite Gless.

The names of her mother and father were Marjorie and Dennis respectively. Her dad was a sportswear manufacturing executive.

Sharon’s ancestry is Caucasian and has two brothers named Michael & Aric. As per her academics, she attended Gonzaga University.

Sharon Gless is mainly known for her small-screen roles. She was appreciated for her character in Cagney & Lacey as Det. Sgt. Christine Cagney and Burn Notice as Madeline Westen.

Similarly, some of her hit TV films are,

Her estimated net worth of around $10 million as of 2021. But her salary and other incomes are not disclosed.

This SWITCH star is keeping herself away from rumors and desperate scandals.

Regarding Sharon Gless’s body features, her height is 5 ft 5 inches and her body weight is average.

Moreover, her eyes are blue with hair in blonde color.