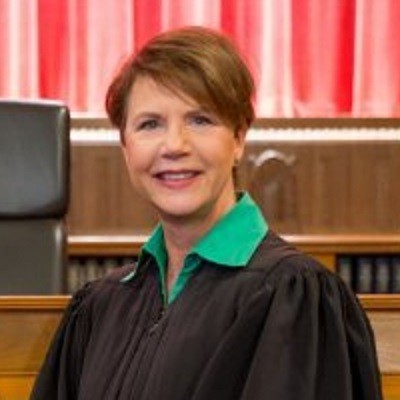 Sharon Kennedy’s current relationship status is possibly single. Till date, she has not introduced anybody as her boyfriend or partner.

Who is Sharon Kennedy?

American Sharon Kennedy is a jurist. She is serving as the 154th Supreme Court of Ohio.

Next, she will be running in the election for the Supreme Court of Ohio.

Sharon Kennedy was born on the 15th of March 1962, in Hamilton County, Ohio. Her birth name is Sharon Lee Kennedy. She is of Irish-Scottish ethnicity.

Till date, she has not shared any details on her family background including her father, mother, and siblings.

Concerning her academics background, she completed her High School education from Northwest High School in 1980. After that, she joined the University of Cincinnati School of social work. In 1984, she earned her bachelor’s degree.

Later, she got enrolled in the University of Cincinnati College of Law. In 1991, she received a Juris Doctor degree.

After graduating from the University in 1984, Sharon Kennedy started her career as a police offer for Hamilton, Ohio Police Department.

As an officer, she worked in various undercover operations and crime prevention programs. As the officer, she served Hamilton for four years.

Later, in 1989, she became a law clerk for Judge Matthew J. Crehan. Also, at the time, she served in the victim/witness division of Butler County Court of Common Pleas. She worked for the division until she received graduation in Law.

After that, in 1991, she became a member of the Bulter Bar Association and started practicing law on her own in the private sector. Also, she used to work as disciplinary counsel for the Fraternal Order of Police. Moving forward, in 1995, she became special counsel for Ohio Attorney General Betty Montgomery.

The same year, she was appointed as a magistrate and warrant officer of Butler County Area Courts. The following year, she also became a warrant and Compliance Officer, Butler County Juvenile Court for a year.

In 1999, she expanded her career as a judge. In 2005, she became Administrative Judge of the Court of Common Pleas for Butler County. She reminded in the post till 2012. The year, she joined the court elected to fill an unexpired term.

Sharon Kennedy has blue eyes with brunette hair. She has a decent height and an average weight. However, details on her body stats are not available.

Till date, she has not been part of any sort of controversy and scandals that created a buzz in the media. Besides that, she has managed a distance from any type of rumors too.

Sharon has around 769 followers on Twitter. She joined the social media platform in October 2019.

You may also read the bio of Roy Moore, Ruth Bader Ginsburg, and Ruth Negga.