(TV host, a music manager, and a businesswoman)

Sharon Osbourne is married as of now. She is bounded in a marital relationship with Ozzy Osbourne. Ozzy is a famous heavy metal singer and the former vocalist of the band, Black Sabbath.

As of now, they have three beautiful children together. They are Aimee, Jack, and Kelly.

In 2017, when Ozzy accepted that he is seeing a hairstylist Michelle Pugh, this created a crisis in their marriage.

However, it got sorted out and Ozzy and Sharon decided to renew their wedding vows. They then in front of their family arranged a small function.

This ceremony was held at The Wynn hotel in Sin City. 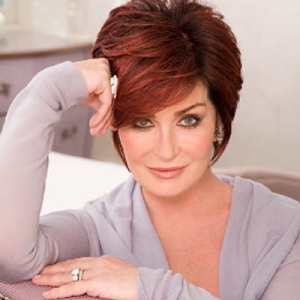 When you get pushed down, you pick yourself up and move on. I've never been a victim

Your gut is always right.

Who is Sharon Osbourne?

Sharon Osbourne is a TV host, a music manager, and a businesswoman. Additionally, she is also a promoter, media personality, plus author.

Presently, she is a prominent personality in Hollywood as the judge of the “The X Factor”, and “America’s Got Talent”.

Sharon was born on October 9, 1952, in London, which is the capital city of England. Her birth name is Sharon Rachel Levy. She is 68 yeras old.

The names of her parents are Don Arden (father) and Hope Shaw (mother). Don was a music promoter and rock and roll entrepreneur.

She has Russian and Irish ancestry. Discussing her education, there is no information regarding the schools or colleges that she went to.

Sharon Osbourne’s career started in 1979. It was when she took managing Ozzy Osbourne. After Ozzy got fired from the heavy metal band, Black Sabbath, she managed Ozzy’s solo career. Afterward, she also organized and promoted Ozzy’s “Blizzard of Ozz” album tour.

She also founded a company, “Sharon Osbourne Management”. She was seen in the show, “The Osbournes” (2002-07). Moreover, Sharon also did reality shows as a judge like “The x Factor”, and “America’s Got Talent” for several seasons.

As per the sources, a reality show judge earns around $5 million per season.

Previously, in 2016, Sharon created controversy when she stated that Donald Trump is disgusting and insane. When she appeared in The Talk. she and other members were criticized. As they talked about the story of Catherine Kieu.

Sharon Osbourne stands tall with a height of 5 foot 1 inch and a weight of 58 kg. She has hair in brunette color and eyes in hazel color.