Updated On January 26, 2023 | Published By: shahid | In Dating , Interesting Facts
Share this 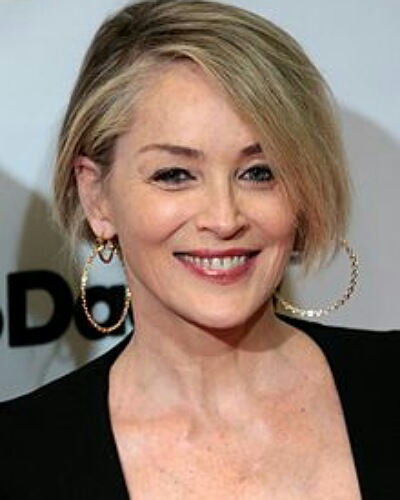 Sharon Stone was trying to find a suitable date on the celebrity dating app Bumble. But she recently revealed that the app has blocked her Why?

Actress Sharon Stone, 62 revealed that the dating app on which she registered to find her man has, blocked her. Sharon tweeted about it to her fans. She wrote:

“I went on the @bumble dating sight and they closed my account.
Some users reported that it couldn’t possibly be me!
Hey @bumble, is being me exclusionary ?
Don’t shut me out of the hive.”

I went on the @bumble dating sight and they closed my account. 👁👁
Some users reported that it couldn’t possibly be me!
Hey @bumble, is being me exclusionary ? 🤷🏼‍♀️
Don’t shut me out of the hive 🐝

The response of Bumble executives

The online platform said that there have been several reports of fake accounts being made of celebrities. Hence her account on Bumble got blocked. But they have reopened her Bumble dating account and she can happily bumble now. Bumble’s editorial director Clare O’Connor stated:

“Trust us, we *definitely* want you on the Hive,”

“Hope you find your honey,”

Sharon gained fame in the 1980s and 1990s. She acted in famous films such as Total Recall, The Mighty, and Casino. She also appeared in the 1992 film Basic Instinct. One of the scenes of this movie made headlines.

In it, the police team was, interrogating Sharon’s character in the movie. At first, she was sitting crossed-legged. But during the police interrogation, she uncrossed them. She was wearing a short skirt and no underwear.

Sharon Stone and her relationship status

The actress had wed two times. Her first husband was producer Michael Greenburg. Later, she married journalist, Phil Bronstein. The second marriage also drew null and the couple divorced in 2004.

Click ahead to read on The eldest adopted son of American actress Sharon Stone, Roan Joseph Bronstein files a petition in court to add her surname to his name!

She has always been honest about her attempts to date. In 2014, she said that she is available for dating. In 2018, she appeared on the show Late Late Show. Talking to the show host James Corden and fellow guest Elton John, she explained to them what she looks for on a date. She said:

Bumble is a mobile dating app that connects people in a location. They help to connect people looking for romance, friendship, or anything in between these two states. There are filters based on age, gender, and distance from where they reside. If two users like each other, they can match and start communicating with each other.

The unique thing about Bumble is that only the woman can make the first move. The founder and CEO of Bumble are Whitney Wolfe Herd. She revealed that by this app she wants to empower women in the realm of data. She wants them to have control. This is in the wake of the #MeToo and #TimesUp movements.