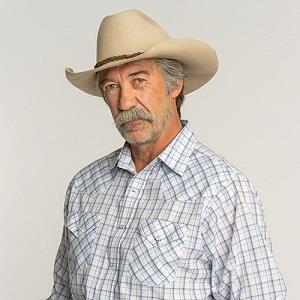 Home is where your heart is!

Shaun Johnston is a married man. He is married to Sue Johnston. There are no further details about the pair’s marriage including the date of their wedding ceremony. The marriage seems to be going strong as there is no news regarding any extramarital affairs as of now.

Who is Shaun Johnston?

Shaun Johnston is a Canadian actor, director, and producer. He has appeared in numerous movies and television series in his career including ‘Heartland’, ‘Wynonna Earp’ and ‘In Plainview’ among others.

Johnston was born in Edmonton, Canada on September 9, 1958. He played basketball during his time in high school and was interested in fashion photography as a child. He is of Canadian nationality. Furthermore, he belongs to English ethnic background.

Talking about his education, Johnston received a degree in business from Red Deer College. Furthermore, he later earned a BFA from the University of Alberta’s selective drama program.

Johnston initially co-founded the Shadow Theatre in Edmonton. His debut in a feature film came after he appeared in ‘Two Brothers, a Girl and a Gun’ in 1993.

In the same year, he appeared as Rich Dearden in the TV series ‘Destiny Ridge’. The following year, he portrayed the role of Phil in the TV movie ‘How the West Was Fun’ and Henry Davarrio in ‘Probable Cause’. Since then, he has appeared in numerous other movies and television series. All in all, he has over 75 credits as an actor.

Some other movies and television series that Johnston has appeared in are ‘Delmer & Marta’, ‘Caution: May Contain Nuts’, ‘A Heartland Christmas’, ‘September Dawn’, ‘Bury My Heart at Wounded Knee’, ‘Carolina Moon’, ‘The Mermaid Chair’, ‘Broken Trail’, ‘Touch the Top of the World’, ‘The Christmas Blessing’, ‘Into the West’, ‘Chicks with Sticks’ and ‘Whitecoats’ among others. Additionally, he also a credit as a director and a credit as a producer.

Currently, Johnston has not revealed his salary. Additionally, there are no details regarding his net worth at present.

Although Johnston has not been part of any notable controversies himself, his show ‘Heartland’ has received numerous criticisms for tackling various controversial issues over the years. Currently, there are no rumors concerning Johnston’s life and career.

Talking about his body measurement, Johnston has a height of 6 feet 1 inch (1.85 m). Additionally, his hair color is blonde/grey and eye color is blue.