Who is Shaun Sipos fiance?

The couple made their engagement announcement through Morgan’s Instagram account on Dec 29, 2020. The duo is now planning marriage and children, but the question arises when will the good news finally arrive. 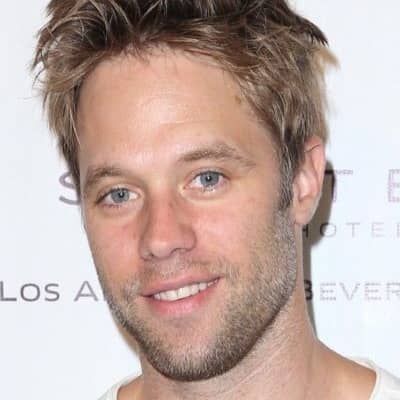 I like to think of myself as a "live life to it's fullest" type of guy.

I liked working on The Grudge 2 it was really fun and I got to meet a lot of cool people. I think the film is a fine example of horror and I felt excited that I could act in something like that

I would hate to actually live in the Savage house, I mean all of the Savages are just wacky, crazy and totally stupid. But hey, that's why we love them.

Who is Shaun Sipos?

Shaun Sipos is a Canadian actor who portrayed the role of Jack on the 2004 ABC series sitcom Complete Savages.

Shaun is renowned for the role of Eric Daniels on Life Unexpected, and David Breck on The CW series Melrose Place.

Recently, he is announced as the cast of Prime videos mystery and thriller series Outer Range alongside casts like Imogen Poots, Lili Taylor, Tamara Podemski, Lewis Pullman, Tom Pelphrey, Noah Reid, and others,

Shaun Sipos was born on October 30, 1981, in Victoria, British Columbia under the zodiac Scorpio. The 40-year-old actor belongs to the Croatian ethnicity and has Canadian nationality.

Shaun has not revealed information about his parents to the media yet. He shares his father and mother with his actor sibling, Jessica Sipos. Their family name is a common Hungarian name meaning one with a whistle.

Shaun is a graduate of St. Andrew’s Regional High School. Also, he might have attended University for higher education.

Shaun started his career playing the role of Frankie Whiteman in the 2003 film Final Destination 2. Since, then he has appeared in films like The Skulls III, Superbabies: Baby Geniuses 2, The Grudge 2, Enter Nowhere, Rampage, and The Remaining.

Shaun has featured as Aaron Whitemore in the 2013-2014 series The Vampire Diaries. Not to forget his early days, he began with the role of Nick Gibson in the 2001 series Maybe It’s Me. Further, his other series credits include Special Unit 2, Smallville, Black Sash, CSI: Crime Scene Investigation, and Shark.

Shaun is the lead cast, Adam Strange, on the 2018-2019 Television series Krypton. Before that, he portrayed Devon Taltherd in season 2 of Dark Matter.

Shaun Sipos earns a handsome salary as an actor, which led him to accompass a $2 million net worth. Meanwhile, the actor leads a luxurious life in his home and uses branded clothes, and cars. People aspire to reach the level of economic freedom that Shaun possesses.

Shaun Sipos has maintained a healthy distance from unnecessary rumors and controversies down the line. Often, as a celebrity, it is difficult to do so but he is doing it great.

Shaun Sipos stands 5 feet and 8 inches tall and weighs around 76 kg. Though he has a well-built muscular body his physical measurements as of 2022 are missing. Coming to his looks, he has brown hair, a fair skin complexion, and blue eyes.

Shaun is an avid Instagram user who keeps updating about his life to his 35k followers with the username @shaun_sipos. He also is active on Twitter with 15k followers but unavailable on Facebook, TikTok, and YouTube.

Ironically enough, he has a bio that Instagram is not your real life. Is he hiding something or is saying life is not perfect as it appears online. Well for that, you have to stay tuned to us.