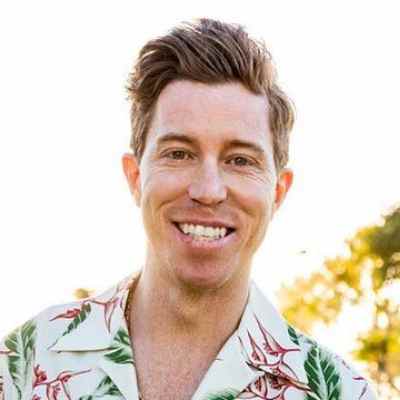 Shaun White is presently dating a girl named Nina Dobrev. In March 2020, the couple was first seen together on a bike ride.

Since then, they have been seen together a couple of times. However, White keeps a low-key profile of his relationship.

Who is Shaun White?

Shaun White is an American renowned professional snowboarder, skateboarder, actor, and musician. He is a three-time Olympic gold medalist in the halfpipe event. White is also a title holder of Action Sports Tour Champion.

Shaun was born on the 3rd of September 1986, in San Diego, California, U.S. His full name is Shaun Roger White.

He is the youngest child of Cathy White (mother) and Roger White (father). His father worked for the San Clemente, California, water department whereas his mother was a waitress.

He has three siblings including Kari White (older sister) and Jesse White (older brother). Talking about his academic background, he went to Torrey Pines High School. However, he left school in the year 2002.

Further, he holds an American nationality and he belongs to mixed (Italian and Irish) ancestry.

At the age of six, Shaun started his career in snowboarding and won his first competition. He then became a phenomenon on the amateur circuit, claiming five national titles, and turned professional at age 13. In 2000, he made his debut in Winter X Games won five slopestyle titles (2003–06, 2009), as well as superpipe titles in 2003, 2006, and 2008–13.

At the age of 15, he qualified for the 2002 Winter Olympics in Salt Lake City, Utah. In 2006, he won the halfpipe in all five of the Grand Prix events. He holds the title at the 2010 Winter Olympic Games in Vancouver. White won his third gold medal at the 2018 Olympic Games in Pyeongchang. Similarly, he released a snowboarding DVD, The White Album, in 2004. He was a central figure in a 2006 documentary on snowboarders, First Descent.

White was a guitarist for the electronic rock band Bad Things. The band has featured acts at the 2013 Lollapalooza Festival. They released their self-titled studio album in January 2014.

However, the band broke up in 2015 after the frontman and lead singer Davis LeDuke decided to move to New York City. Besides, he made his theatrical film debut by lending his voice to the character Clueless Smurf in the animated comedy movie, The Smurfs 2 in 2013.

As of now, White hasn’t been part of any sorts of rumors and controversy that create headlines in the media.

Shaun is living a luxurious lifestyle. He is one of the most successful and highest-paid Olympians of all time. As of 2021, she has an estimated net worth of around $60 million.

The musician stands at the height of 5 feet 8 inches tall and his weight is about 71 kg. Likewise, he has a hazel pair of eyes and his hair color is red.

He is also active on Tiktok with over 873.6k followers. Similarly, he has a self-titled YouTube channel with nearly 24.6k subscribers.

Shaun T opens up about his painful past, shares hope for the sexually abused victims and hopes for beautiful future with his twins. “My kids are going to have a blank canvas. I’m going to be there to support them”