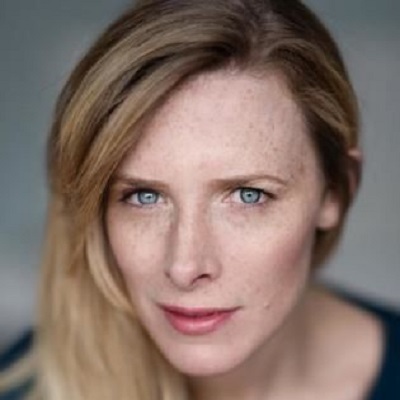 Shauna Macdonald is a married woman. She is married to popular Scottish actor Cal MacAninch. The couple has welcomed three children: Jesi-Lilas, Ava-Red Amahle, and Ever Eden-Rose.

The family is living together and they are sharing quality time with each other.

Who is Shauna Macdonald?

Shauna was born on February 21, 1981, in Malaysia. She is currently 38 years old. Her mother was a house maker whereas her father was a teacher. She along with her family moved back to Scotland. She was very interested in music and acting since her childhood.

Shauna has Scottish citizenship but her ethnicity is unknown.

She attended the Royal Scottish Academy of music and drama in Glasgow and took training from there.

She began her career from the film ‘The Debt Collector’ in 1999 in which she depicted the role of Catrina. Also, she debuted her television carer as Heather in ‘Murder Rooms’ in 2000.

Furthermore, Shauna Macdonald has made her appearance in British TV series including Sam Buxton in ‘Spooks’. She came into limelight after she appeared as Sarah in the horror movie ‘The Descent’ and in its sequel.

Her other notable performances include in ‘Silent Night’, ‘Filth’, ‘The Correspondence’,’Katie Morag’, ‘Danger Mouse’, and so on. Likewise, she is a former member of the Pace Youth Theater.

She must have accumulated a huge sum of money from her career. However, Shauna has not revealed her exact net worth, salary, and income.

Shauna Macdonald has a height of 5 ft. 6 inches and she has blue eyes and blonde hair. But, other information regarding her weight, shoe size, dress size, body measurement, etc. are not available.