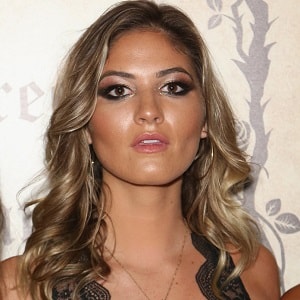 Shauna Sexton is living her single life. However, there was a rumor that she was dating an actor, Ben Affleck. They were often spotted together for dinner and lunch, but they did not confirm their relationship. She might be focusing on her career.

Who is Shauna Sexton?

Shauna Sexton is an American social media star, model, and full-time veterinary technician. She became famous after she appeared as the ‘Playboy Playmate of the Month’ in May 2018.

She was born on January 20, 1996, in Virginia Beach, Virginia. She is currently 23 years old. Her father’s name is Sean Sexton and her mother’s name is Tracie Reed Sexton. She has got three siblings and they are named as Like, Raven, and Tabetha. She holds American citizenship but her ethnicity is unknown.

She made her appearance as ‘Miss May’ and later featured on Playboy for various blogs and photo shoots.

She is currently working at Veterinary Speciality and Emergency Center of Thousand Oaks. Shauna previously worked at Skylos Sports Medicine. She has been approached by several modeling agencies including Next Modeling Management.

Shauna made her side job as modeling and often posted photos on her Instagram profile. She became more famous after she was selected as the ‘Playboy Playmate of the Month’ in May and made news headlines after being spotted having dinner with actor Ben Affleck following his 46th birthday in December.

Shauna was tagged as a ’mystery woman’ by the media and she was soon recognized for her flourishing career as a model and her successful stint as a Playboy Playmate.

She was selected as the ‘CoverGirl of the Month’ for the month of December 2014 on the Writtalian website.

She has an estimated net worth of around $225,000 and her main source of income is from her professional career.

There was a rumor that she is dating actor Ben Affleck since 2018 but it has not been confirmed. They have been spotted together at Nobu in Malibu.

Jennifer Garner purchases a new house for herself after her divorce from Ben Affleck!

Jennifer Garner has a new man in her life! He is CaliGroup CEO John Miller!