Shaunie O’Neal is an American television personality, executive producer. Shaunie was married to Shaquille O’Neal, an NBA player and has five children. 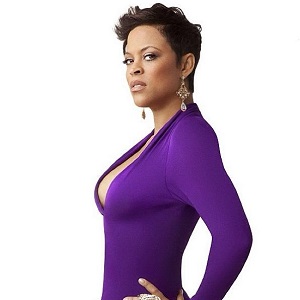 Shaunie is currently in a relationship.

Previously, she dated Marlon Yates since March 2010. But in October 2016, Shaunie and Marlon called it quits.

She was in a long-term marital relationship with the famous NBA player, Shaquille O’Neal. The couple tied the knot on 26 December 2002 in Beverly Hills Hotel.

They shared an incredible bonding and love with each other. They also have four children together. They are Shareef O’Neal, Me’arah O’Neal, Shaqir O’Neal, Amirah O’Neal.

They had on and off affair in their relationship. Unfortunately in 2009, she filed for divorce. And on 11 May 2011, the got divorced.

After her separation with Shaquille, she started dating, Marlon Yates.

Before this marriage, she was in relation to someone else. She has a child with him named, Myles Nelson.

Who is Shaunie O’Neal?

Shaunie O’Neal was born as Va’shaundya Karlette Nelson on November 27, 1974, in Texas. She possesses American nationality. The beautiful and talented Shaunie is a TV celebrity. Also, she is a producer and a philanthropist. Similarly, she is also popular as the ex-wife of a former basketball player, Shaquille O’Neal.

Shaunie was born in Wichita Falls in the state of Texas in the United States on November 27, 1974, she is 45 years old as of now.

She belongs to African-American ancestry.

As per her education, she attended the University of Southern California. Afterward, she graduated from there in 1997.

Discussing her career in TV and entertainment industry, she has been the producer of several shows. As a producer, she produced the show, “Basketball Wives” from 2010 to 2013.

In 2009, she also featured along with her husband in the TV movie, “The Love Shaq”. Additionally, she has been producing the show, “Shaunie’s Home Court” since 2016.

Presently, she earns a massive salary and has a net worth of $35 million.

Shaunie avoids the topics that drag her to media rumors and controversies. Presently, there are no rumors that surround her personal or professional life.