Elliott is married to Summer Elliot, an App State graduate, and standout Mountaineer tennis player. There is no further information about his married life.

Moreover, they are blessed with two children, Maddyn and Max. 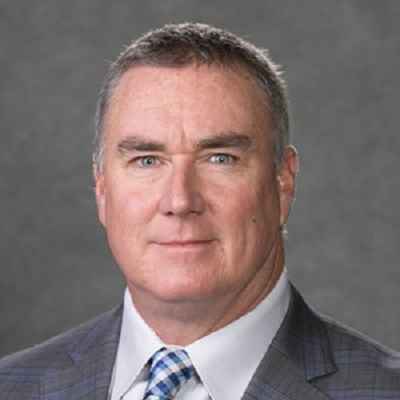 Who is Shawn Elliott?

He served as the University of South Carolina’s interim head football coach, a post he assumed on October 13, 2015.

Shawn was born on June 26, 1973, in Camden, South Carolina. As of now, he is 48 years old. Talking about his nationality, he holds an American identity.

He was born to Charles Elliot and Barbara Elliot. Furthermore, Shawn has no information about his siblings.

In terms of education, he earned a bachelor’s degree in 1996 from Appalachian State University.

He was eventually named offensive line coach and co-offensive coordinator. Shawn was moved to the job of interim head coach a day after South Carolina head coach Spurrier resigned.

Elliott joined the team’s coaching staff after graduating from Appalachian State University in 1996. From 2005 through 2007, he was a member of the coaching team that guided the Mountaineers to three consecutive NCAA Division I Football Championships. He stayed with the club until the end of the 2009 season when he left to join the staff of South Carolina.

On December 8, 2016, it was announced that Elliott has accepted the role of head coach at Georgia State.

Being a former player and footballer, he has accumulated a good sum of money from his career. As per the sources, he has an estimated net worth of $1 million-$3 million while he has not disclosed anything regarding his exact income and earnings.

Elliot has not been indulged in any kind of controversy yet. He has maintained a clean profile to the public and appears to be avoiding unwanted rumors and scandals.

Shawn has not revealed any information about his body measurements including his height and weight. Talking about his physical appearance, he has a pair of blue eyes and short black hair.