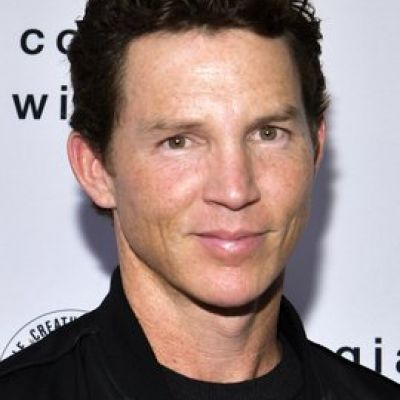 What is the relationship of Shawn Hatosy?

Talking about his relationship details, Shawn Hatosy is happily living with his longtime partner, Kelly Albanese. The couple tied the knot in December 2010.

Moreover, they live along with their three children named Cassius Hatosy, Leo Hatosy, and Finn Jones Hatosy. Cassius was born on 16 June 2006, Leo was born on 18 November 2012, and Finn was born on 29 October 2017.

Shawn lives happily with his family in Los Angeles without any sign of complication.

Hatosy is widely famed for his roles in the movies, In & Out, The Faculty, Outside Providence, Anywhere but Here, The Cooler, and Alpha Dog.

Moreover, he is also best known for his act as Detective Sammy Bryant on the TNT crime drama series, Southland.

Shawn Hatosy was born on 29 December 1975. At present, he is 47 years young star. Likewise, his birthplace is Frederick, Maryland, USA.

Shawn is the son of his father, Wayne Thomas Hatosy whereas his mother is Carol Ann.

Talking about his nationality, Hatosy holds an American identity whereas his ethnicity is Irish, Hungarian, German, English, Scottish, and French.

Regarding education, the star attended New Market Middle School. Later, he completed his graduated from Linganore High School in 1994.

Shawn started his career after appearing in public Enemies(2009), featuring Johnny Depp and Christian Bale, and Bad Lieutenant: Port of Call New Orleans where he landed the role of Nicolas Cage’s partner.

He also worked in some other films such as Soldier’s Girl, The Faculty, In & Out, The Cooler, Outside Providence, Anywhere but Here, John Q, A Guy Thing, and 2006’s Alpha Dog.

Moreover, Hatosy has also worked in television series like SEAL Team, CSI: Crime Scene Investigation, The Twilight Zone, Felicity, Six Feet Under, ER, Law & Order, Numb3rs, My Name is Earl, and so on.

The star featured in the role of Detective Sammy Bryant in the NBC/TNT television series, Southland.

In 2005, Shawn featured alongside Al Pacino in Lyle Kessler’s Orphans at the Greenway Court Theatre in Los Angeles.

Additionally, he has featured in the leading role in the La Jolla Playhouse production of The Collected Works of Billy the Kid.

How much is the net worth of Shawn Hatosy?

A famed star, Hatosy has earned a handsome amount of money from his profession. He lives a lavish lifestyle along with his family.

As per celebrity net worth, Shawn Hatosy has an estimated net worth of $5 million as of 2022. In June 2020, Shawn paid $2.3 million for a home in LA’s Larchmont Village neighborhood.

Shawn has never been part of any controversial matter or rumors till now. The star has been preoccupied with his professional and private life.

It seems that Hatosy prefers enjoying his personal life and does not want to merge it with his professional life.

He stands at a height of 5 feet 9inches. Also, he has a balanced body weight of 75 kg.

Furthermore, Hatosy has green eyes whereas his hair is brown. His body measurement is 40-32-14 inches(chest-waist-biceps) respectively.

Nevertheless, the director has never mentioned other physical details in the public yet.

Regarding his social media presence, Shawn Hatosy is an active personality on social media. Shawn has more than 130k followers on his official Instagram account @shawnyhats.

He is also active on Twitter with around 51.5k followers.

Moreover, Hatosy is also available on Facebook with nearly 94k fans and supporters.