Shawn Marion is a well-known retired American basketball player. He is possibly single. 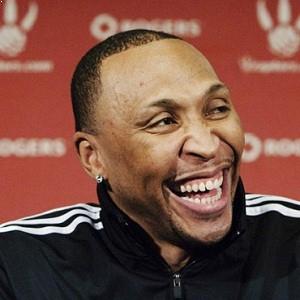 I think we shot the ball very well tonight, we just didn't get stops when we needed to. They hit 11 3-pointers in the third quarter. Sometimes when one person gets hot, everybody's hot

He (Thomas) is our best post-up player and now we will have to be more active in the paint. I think we can hold it down, but we will miss him though.

What is the relationship of Shawn Marion?

Previously Marion was in a relationship with Kimbella Vanderhee. The couple started dating from the year 2002 but due to some reason, they broke up in the year 2005.

The couple had a baby boy in the year 2011. But even after being so close, the couple had some differences and they broke up.

Talking about a present relationship status of Shawn Marion, he is possibly single. There isn’t any solid proof that leads towards his married life and children.

Who is Shawn Marion?

Shawn Marion is a well-known retired American basketball player who has been playing basketball since high school. He is a four-time NBA All-Star and won NBA championship in 2011.

Retired professional basketball player Shawn was born in Waukegan, Illinois on 7th May 1978. He is of African-American ethnicity and has an American nationality.

He has three sisters (Traimane Marion, Shawnette Marion, and Quinnisha Marion) who were all raised by their mother Elaine Marion. There is no information on his father.

For his schooling, he joined Clarksville High School in Clarksville, Tennessee where he played with future NBA player Trenton Hassell.

After completing high school he joined the University of Nevada, Las Vegas in 1998.

On 13 February 2009, he was again traded to Toronto Raptors. Then on 9 July 2009, he signed a 5 year deal with Dallas Mavericks with $39 million where he won his first championship in the 2011 NBA Finals.

On 9 September 2014, he signed with Cleveland Cavaliers and played from there until his retirement. On 18 June 2015 Marion announced his retirement from NBA after 16 seasons.

His success in career path has paid him well financially making his estimated net worth to be $60 million as of 2022.

Unlike other players, Shawn Marion hasn’t been rumored but he suffered a controversy at a time when he was retiring from the NBA.

Moving towards his body measurements, Shawn Marion has a good height of 6 Feet and 7 inches (2.01m). He has black hair color and his eye color is also black.