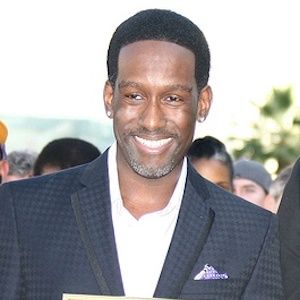 Shawn Stockman is a married man. He is married to Sharonda Jones. They married on Sep 1, 2001, where they’re married ceremony was held at the Wyndham hotel. The couple has two sons Micah Stockman, Ty Stockman and a daughter  Brooklyn Stockman.

Who is Shawn Stockman?

Shawn Stockman is an American singer, songwriter, and record producer. Shawn Stockman is famous for being a member of vocal group Boyz II Men. Shawn is also known as the judge on the television show The Sing-Off with Jewel Kilcher, Ben Folds, and host Nick Lachey. He is the friend of Michael McCary.

He was born on Sep 26, 1972, in Philadelphia, the United States of America. He belongs to American nationality but his ethnicity is unknown. His father was Thurman Sanders and his mother was JoAnn Stockman.

In his family, he has 7 brothers and 2 sisters. For education, he attended Philadelphia High School for the Creative and Performing Arts. He loved singing from his childhood, at the age of 9 he started his singing career.

From childhood, he began singing and he traveled to the Philadelphia High School for Creative and Performing Arts.

Shawn formed a group with Nathan Morris, Marc Nelson, Wanya Morris, and Michael McCary as they all attended the same school. They later named the group as Boyz II Men.

The group recorded their first album Cooleyhighharmony. Their first single was “Motownphilly”, which was No. 1 on the R&B charts and was in the Top 5 on the pop charts. After great success, they became famous and gave continuous hits on the chart.

Besides the group, he recorded a solo album in 1990 but it was not released. He has written many songs some of the popular songs are “Forever”, “Hot Thing”, and “Let It Go” which was featured in the movie Seventeen Again by Disney.

Currently, he is working in NBC’s The Sing-Off as a  judge with Sara Bareilles, Jewel Kilcher, Nicole Scherzinger, and Ben Folds.

Shawn Stockman has a net worth of $45 million but his salary is not revealed yet.

He has not been part of any rumors and controversy till date.

Shawn Stockman has a height of 5 feet 9 inch with body weight 79kg. He has black hair color and his eye color is also black. There is no information about his shoe size.

Also, read the affair, salary, the net worth, controversy, and the bio of  Anna Renee Duggar, Jessica Hayes, Aubrey O’Day.