Shawna Craig is an actress, host, and reality TV star who is best known for Second Wives Club. 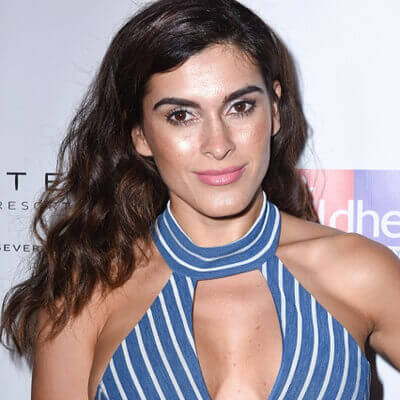 Previously, she was married to Lorenzo Lamas. He is an American actor best known for ‘Falcon Crest’, ‘Renegade’, ‘The Bold and the Beautiful’, etc.

The couple dated for around five years before getting married. They exchanged wedding vows on 3rd April 2011 in Cabo San Lucas, Mexico. This was Lorenzo’s fifth marriage. He also announced that he would change his name to Lorenzo Lamas-Craig. In June 2018, he filed for divorce from his fifth wife with the reasons being ‘irreconcilable differences’. After two years of separation, they got divorced on 8th February 2019.

She does not have her own child but is the surrogate mother of her step-grandson, Lyon Lamas-Richie who was born on July 4, 2015). She offered her step-daughter, Shayne to be their surrogate after Shayne had suffered a miscarriage resulting in the removal of her uterus.

Who is Shawna Craig?

Shawna Craig is an American actress, host, and reality TV star. She is best known for her appearance in the E! TV series, Second Wives Club.

Similarly, she has not revealed her siblings and other family members. She spent her childhood days in LA. As a young girl, she was interested in sports and the performing arts.

Her ethnicity is Irish, Mexican.

Talking about her education, she enrolled in theatre school in 2000 and later joined her school’s show choir.

She earned a Fine Arts Scholarship for Show Choir, two Foundation scholarships, The Bright Future Scholarship, and a Pell grant going into college.

Aged 20, Shawna moved to San Diego and landed a position as a host, and interviewed celebrities on the red carpet for various events. In November of 2009, she moved to Los Angeles. The book of empowerment, ‘Change One Belief’ featured her story.

Craig is well known for her appearance in Celebrity Wife Swap on ABC. She has also worked as a spokesmodel in The Champ Car Atlantics series for official sponsor Cooper Tires. She has also featured with the drivers on ESPN and The Speed Channel. Moreover, she has also delivered the famous “Drivers Start Your Engines” at the Long Beach Grand Prix.

The actress/model has a long time relationship with Cooper Tires. She even represented them in touring with the Professional Bull Riders Inc. Formula D series. Furthermore, she has represented Mazda at Laguna Seca for both AMA and MotoGP twice in a row.

Her best-known work came as a cast member of Second Wives Club on the E! Channel. She has also appeared in the movies, All About the Money, Secrets of Deception, and Movie Madness.

Craig has also appeared as a guest in various other reality TV shows such as Celebrity Wife Swap and Hell’s Kitchen.

Shawna Craig has an estimated net worth o around $200k. There is no information about her salary. On average, an actress in America earns around $40k annually. A reality TV star earns around $45k on average.

Craig has not been involved in any controversies. She has been able to keep herself away from any kind of scandal and controversy. So far, she has not done anything controversial in her career as an actress and reality TV star. Similarly, there are no rumors about her.

You may also like to read the Bio, Career, Social Media, Net Worth, and more about Cyntoia Brown, Reagan Agee, Amy Paffrath, etc.