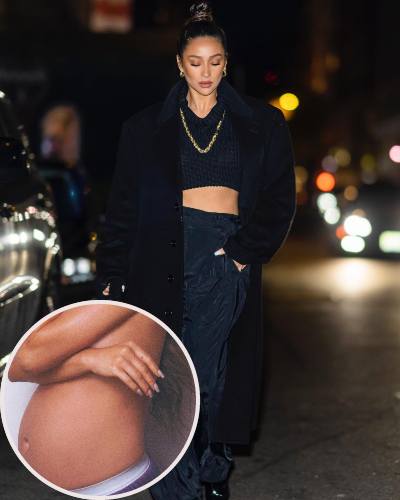 Shay Mitchell, 34 is going to be a mother of two.

The actress is pregnant with her second child. On Monday, she took Instagram to announce the news that she will soon be a mom of two.

The happy news comes just a week after the loss of another. Recently, her grandmother passed away, and was very close to her.

Update: Shay has become a mother for the second time in May 2022. She gave birth to a baby girl and she and her boyfriend have named their daughter Rome. Shay also revealed that she named her daughter after her grandmother’s name,

“named after my best friend, my soulmate, my ‘person,’ my Grandma Romaine”

On January 31, she shares a series of snaps and videos of her late grandma with a heartfelt message.

“I think anyone who knows me knows the relationship I have and have always had with my, “Gram.”

Although inevitable, it would nevertheless be one of the hardest things I would ever have to go through the day she’d pass.”

The actress gave a long tribute to her late grandma about the connection between them. She also urged others who still had their grandparents to call them, “just so say hi, because you never know when it will be the last time.” Mitchell recalled their past memory from the imaginary games to keeping scrapbooks of every article and magazine cover by her.

She concluded the posts,

“I love you Gram. And I know you’re looking down on me with a drink in hand.”

Also read “All the trend Shay Mitchell has followed on TikTok! Update on her baby daughter”

Pregnant for the second time

Shay is already a mother of 2-years-old-daughter Atlas from a relationship with Matte Babel. She gave birth to her first daughter on 8 October 2019. Her name was inspired by Shay’s travel. She has even been featured in a 2019 article published by POPSUGAR.

On February 2, Mitchell debuted her baby bump via the IG handle. She shared a series of stunning photos from her topless maternity shoot.

“Saying goodbye to a loved one while simultaneously experiencing the joy of welcoming another into this world is the great cycle of life. It is also my most challenging season to date,”

Her comment section has been inundated with congratulatory messages. Earlier she also faced a miscarriage before Atlas’s birth in 2018.

She has shared her heartbreaking experience on her self-titled YouTube channel in a pregnancy series. Shay said that she even suffered from “severe depression”.

The beautiful couple has been in a relationship since 2017. However, the lovebird kept their relationship under wraps until June 2019.

They met through a mutual friend in Los Angeles. Shay and Matte announce their relationship via Shannon’s YouTube channel.

Also read “NBA Player Jimmy Butler: Is he Dating Shay Mitchell? All his Hints and His relation with Teammate Derrick Rose!!!”

Shay Mitchell is a beautiful and gorgeous Canadian actress, model, entrepreneur, and author who is best known for her role in ‘Freeform’ series ‘Pretty Little Liars’ as Emily Fields.

Also, Shay Mitchell is known for being a spokesperson for ‘Pantene Pro-V Nature Fusion Collection’ and an ambassador for the ‘Somaly Mam Foundation’ which is an organization focusing on combating the global sex trade. See more…