Posted by MarriedBiography Posted on May 13, 2021 | In Child , Divorce , Married
Share this 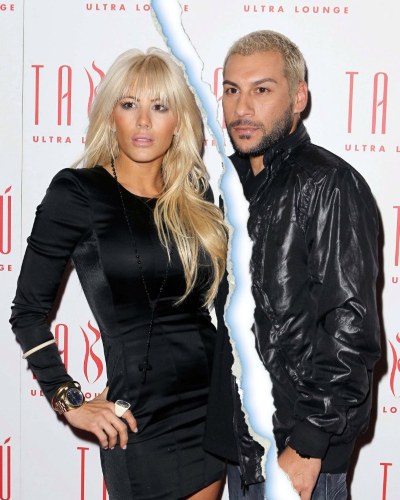 Shayne Lamas and Nik Richie are over each other! They are not only getting a divorce Nik does not want any of his ex-wife Shayne’s pictures on his Instagram feed.

He even went as far as to delete all of her photos from his Instagram. They have closed any doors of reconciliation and have decided to move on in life.

“With great sadness, after 11 years together we have come to a loving conclusion to get a divorce, we have nothing but love and respect for one another and will cherish the years shared, memories made, and the children we are so proud of. This is just the situation of two people growing apart. We ask everyone to respect our privacy as we navigate our new normal within our family.”

Richie has made a separate statement on his Instagram where he said that he is moving on. He is done with people asking him whether their decision to divorce is final or not. They are going to share the custody of their children.

Also read Is sex-offender Jeffrey Epstein reason behind Bill and Melinda’s divorce? What is the connection?

Shayne Lamas and Nik Richie walked down the aisle on 18th April 2021 after getting hitched in Sin City. They wed at the Little White Wedding Chapel in Las Vegas. They spurged on the Michael Jordan Package which included 36 photographs and a DVD copy of the ceremony for $519. The couple went to Vanity nightclub at the Hard Rock Hotel for honeymoon.

The couple welcomed their first child a daughter Press Dahl Lamas Richie was born on 11th November 2011. In 2015, they welcomed their second child after her stepmother Shawna Craig became the surrogate. Their son Lyon was born in July 2015. The couple has now decided to end their marriage after 11 years. They have come to the conclusion that they cannot be together anymore.

Shayne Lamas is an American TV Personality and an actress. She is popular in the world for portraying her role in the television series. She is well-known for The 13th Alley (2008), Deep in the Valley (2009), and Monster Night (2006). Read more bio…