Shea Patterson is currently in a relationship with Camille Lamb. Camille is a fellow Ole Miss freshman. There are no further details available about this relationship. 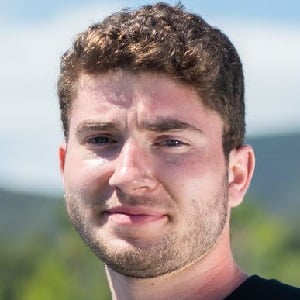 Who is Shea Patterson?

Patterson was born as Shea Christopher Patterson in Toledo, Ohio on January 17, 1997. He was born to parents Sean Patterson, Sr. Karen Patterson. Patterson developed a keen interest in the world of football as a child. He is of American nationality. Furthermore, there are no details available relating to his ethnic background at present. He has an older brother Sean who works an associate player personnel analyst.

In his sophomore year, Patterson threw for 2,655 yards with 34 touchdowns. In addition, he threw for 2,428 passing yards with 38 touchdowns. He was slated to sit out as a redshirt freshman in 2016. He made his debut on November 12, 2016. Additionally, he earned his second career start, against Vanderbilt. He completed 20 of 42 pass attempts for 222-yards in the game.

Patterson threw for a combined 918 yards and 9 touchdown passes in his first two games of the 2017 season. In 2018, he announced he would be transferring to Michigan. Furthermore, he threw for 187 yards, three touchdowns, and one interception against Ohio State recently.

Patterson has not revealed his current salary. Additionally, there is no detailed information available regarding his net worth.

Shea’s relationship with Ole Miss was part of several controversies over the years. At present, there are no rumors concerning his life and career.

Talking about his body measurement, Patterson has a height of 6 feet 2 inches (1.88 m). Additionally, he weighs around 92 kg. Furthermore, his hair color is brown and his eye color is dark brown.

Patterson is active over the social media. He has a huge number of followers on social networking sites such as Instagram and Twitter. He has more than 47k followers on Twitter. In addition, he has over 80k followers on Instagram.